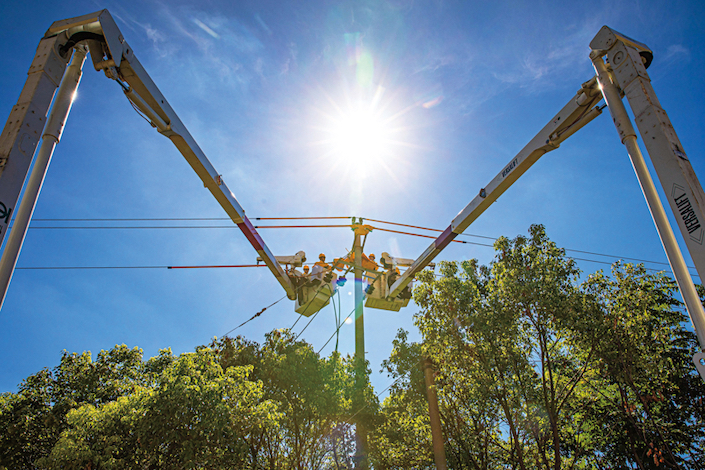 In 2021, many parts of the country were hit by unprecedented power crunches growing out of rising energy demand amid record heat waves and a coal supply shortage.

After two decades of proceeding in fits and starts, China’s campaign to overhaul its electricity market — the world’s largest — hit a $1.39 billion pothole in September in eastern China’s Zhejiang province.

The Zhejiang energy bureau ordered companies generating and selling electricity to surrender millions of dollars of their revenue to ease surging power costs that were squeezing local businesses. That disrupted a push by the central government to give supply and demand a bigger role in determining prices in pursuit of a balance between state control and market power.

Chinese President Xi Jinping said Beijing will remain committed to its opening-up policy and help other countries share in opportunities in its domestic market.

The recently concluded 20th congress of the Communist Party stressed that China pursues a mutually beneficial strategy of opening up and adheres to the course of economic globalization, Xi said in a video speech at the opening ceremony of the fifth annual China International Import Expo in Shanghai.

Officials in Henan province capital Zhengzhou, which was one of the cities named by the National Health Commission (NHC), apologized for their excessive measures and said they would “resolutely” rectify and punish “cookie-cutter” and unnecessary epidemic prevention practices.

Chart of the Day: The mixed bag of China’s local economies

China’s provincial-level economies were a patchwork of promising growth, sluggish performance and contraction in the first three quarters as outbreaks of Covid-19 pummeled some regions and resource-rich areas benefited from rising prices of raw materials.

All 31 provincial-level regions on the Chinese mainland released GDP data for January through September. Thirteen lagged the national year-on-year growth rate of 3% for the period, including three that recorded contractions.

China cleared the way for the newly authorized personal pension system to go into effect as the government issued a key implementation document and banking and securities regulators published rules covering investment products and the businesses offering them.

The State Council started the ball rolling in April for the development of China’s first-ever personal pension system. The goal is to bulk up the minuscule third leg of the country’s retirement income system — personal accounts to augment pension programs offered by the government and by private employers.

A deputy governor of China’s central bank is under investigation for serious violations of law and discipline, a euphemism for corruption, the nation’s top anti-graft watchdog announced Saturday.

Fan Yifei is the first senior Chinese finance official placed under a graft investigation since the Communist Party of China wrapped up the 20th National Congress and named a new party leadership lineup. The People’s Bank of China (PBOC) has not yet announced Fan’s removal from office.

A creditor of China Evergrande Group bagged almost $637 million after selling an undeveloped plot of residential land in Hong Kong pledged by subsidiaries of the debt-laden property giant.

This is another forced asset sale for Evergrande, one of the world’s most indebted developers, while it is continuing to restructure its massive debt load.

The proceeds from the sale will be used to repay Evergrande’s financial obligations in relation to the planned development of the land, the company said in a Sunday stock exchange filing. The developer expects a loss of roughly $770 million from the project.