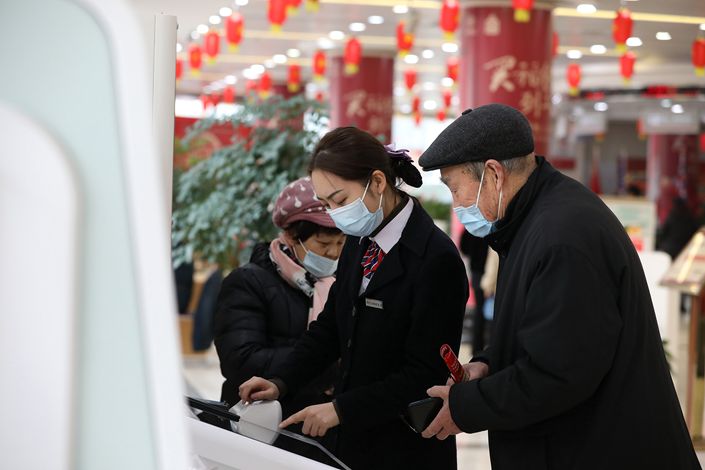 The last six months have witnessed a scramble among banks, insurers and mutual fund firms in China to develop pension offerings in preparation for what could be a new world of opportunities.

In a milestone for the country’s now-meager personal pension market, the central government released a framework in April to develop the industry as the state-run pension system faces growing pressure from a rapidly aging population.

Then on Nov. 4, five central government agencies published a detailed implementation plan clarifying rules on areas including how people can sign up for private pension accounts and how institutions should manage these accounts.

A former vice governor of Northeast China’s Liaoning province, was given a suspended death sentence for accepting bribes worth more than 350 million yuan ($48 million), a court in Tianjin announced Tuesday.

Liu Guoqiang, who was also previously a senior member of Liaoning’s political advisory body, is the first senior official to be sentenced for graft since the conclusion of the Communist Party’s 20th National Congress in October.

China producer prices in deflation for first time since 2020

China’s producer prices fell into deflation for the first time in nearly two years as global commodity prices slid and restrictions to control Covid outbreaks dragged on demand, a further sign of the challenges facing companies already under pressure from the economic downturn.

The producer price index (PPI) declined 1.3% in October from a year earlier after gaining 0.9% the previous month, the National Bureau of Statistics (NBS) said Wednesday, the first fall in the gauge since December 2020.

China banks are now valued like U.S. banks at depths of 2008 crash

Sam Bankman-Fried bows to rescue from Binance as FTX buckles

China’s super rich are poorer, and there are fewer of them

The wealth of China’s super-rich plunged by the most in more than two decades as Russia’s war in Ukraine, Beijing’s pandemic controls, the prolonged property slump and falling stock markets hammered their fortunes, an annual list released Tuesday showed.

The Hurun Rich List, which ranks China’s wealthiest people with a minimum net worth of 5 billion yuan ($690 million) as of Sept. 15, is often considered a barometer of China’s private sector. Only 1,305 people made the threshold this year, down 11% from last year, and their total wealth was $3.5 trillion, down 18% from last year, the list showed.

The launch marks BYD’s latest step into the high-end auto market as it tries to outgrow its image as a manufacturer of mid- to low-end vehicles.

The stock opened up 0.34% at HK$29.25 ($3.73) a share and climbed as high as HK$30.60 before ending the day at the IPO price of HK$29.15. The closing quote gives the firm a HK$10.1 billion market capitalization. It was valued at HK$8.2 billion last May following an investment by Vivo Capital Fund IX, Sequoia Capital China Growth Fund and CDH Supermatrix.