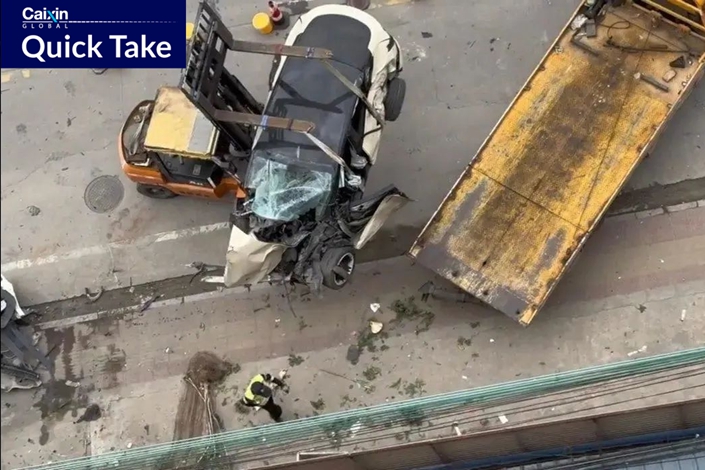 What’s new: Tesla Inc. said on Monday that it was cooperating with investigators after an out of control Tesla Model Y electric car crashed in the southern Chinese province of Guangdong, killing two and injuring three.

The tragedy reportedly happened on Nov. 5, with widely circulated video footage showing a white Tesla Y rocketing down a road at dangerously high speeds, sideswiping several cars and motorcycles before eventually crashing into a storefront.

An unmanned family member of the 55-year-old driver said that he had problems with the brake pedal as he was about to pull over in front of a family store, according to local media reports.

Tesla said in a statement to Bloomberg that the brake lights were off when the car was speeding and that its data logs showed there was no application of the brakes throughout the car’s journey.

Caixin has requested more details from Tesla, but is yet to get a reply.

What’s the background: It is not the first time that Tesla has faced claims of brake failure in China, which is the carmaker’s second-largest market after the U.S.

In April last year, a woman climbed atop a Tesla Model 3 electric car displayed at the Shanghai Auto Show to complain about the model’s brake issues that led to a crash of a Model 3 driven by her father.

In the past year, Tesla made several recalls of its cars sold in China citing problems related to touchscreen displays, software glitch and rear motor inverters, which it said could raise the risk of collisions.