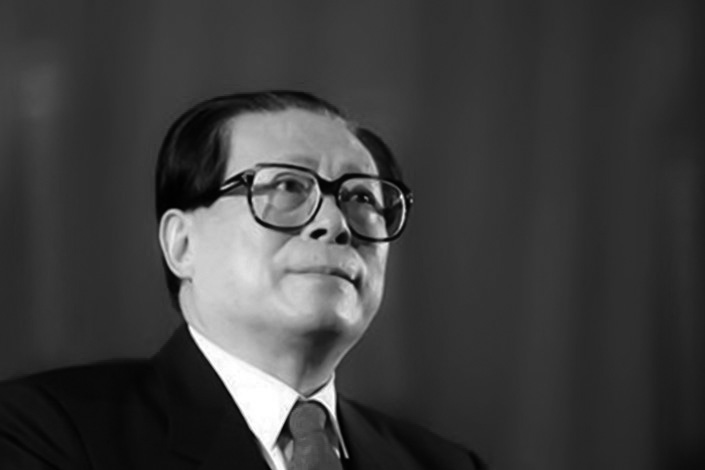 Jiang Zemin, then the general secretary of the Chinese Communist Party, delivers a seminal policy address at the party’s 14th National Congress on Oct. 12, 1992. Photo: Xinhua

Editor’s note: Former president Jiang Zemin, who oversaw China’s accelerated reform and opening-up movement during his rule from 1989 to 2002, died Wednesday in Shanghai at age 96.

Jiang helped coin the phrase “market-oriented reform” and by doing so gave a powerful boost to China’s vast economy, leading to its deep integration with the rest of the world. On Jiang’s watch, China became a member of the World Trade Organization in 2001 and launched the Shanghai Stock Exchange — now the world’s third largest bourse — in 1990.

In memorial of the former Chinese leader, we are republishing a four-part story from 2013 for our readers to revisit China’s profound journey of reform and opening-up, which was initiated by former supreme leader Deng Xiaoping, who handed his baton to Jiang in 1989.