By Kelly Wang and Wang Zili 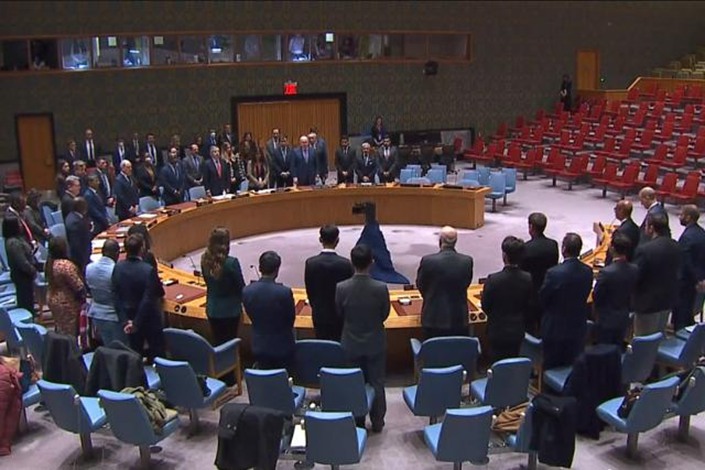 Members of the U.N. Security Council observed a minute of silence in memory of former Chinese President Jiang Zemin on Wednesday. Photo: the United Nations

The United Nations and a number of foreign officials, including the Russian president and the top U.S. envoy to China, have expressed condolences on the passing of former Chinese President Jiang Zemin.

The delegates of the U.N. Security Council observed one minute of silence on Wednesday before a regular meeting. In a statement published on the same day, the organization’s Secretary-General Antonio Guterres called Jiang a “steadfast advocate for international engagement” whose tenure was marked by “substantial economic progress.”