By Huang Yuxin and Kelly Wang 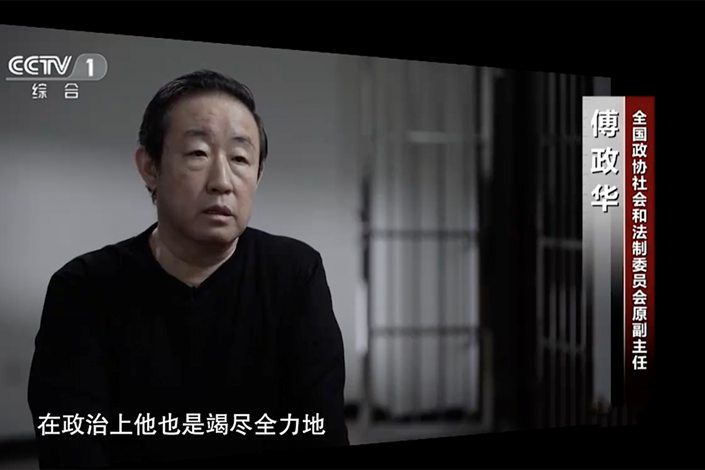 Fu Zhenghua, a former justice minister convicted of corruption, had been exploited by ‘political swindlers’ for up to 20 years during his 47-year police career, according to an anti-corruption TV documentary produced by China’s top graft buster and state broadcaster CCTV.

The four-episode documentary series is an exposé of crimes committed by fallen officials. The first episode spotlighting Fu aired Saturday.