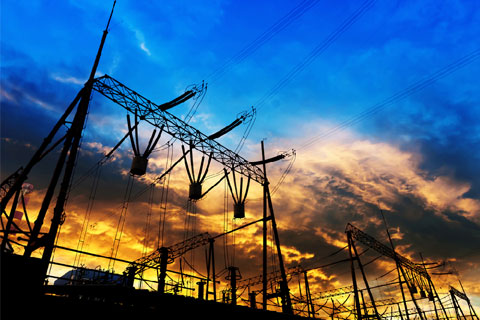 China and Korea have always grappled with an uneasy, uneven relationship, from the time of the Tang Dynasty in the 7th to 10th centuries, when the Chinese imperial court treated Korean kingdoms as tributary states, and more recently during the Korean War, when Chinese and American forces clashed on the peninsula. A commonly used metaphor to describe this asymmetric relationship is Korea is a "minnow swimming alongside a whale."

The contrast between the whale, which is the world's second largest economy, and the minnow, whose GDP is barely a tenth as large, may limit the insights that can be gleaned from comparing the two economies. Yet many have attempted to do just that.

A good example is a recent insightful commentary by European economist Antonio Fatas. Fatas asks whether it is realistic to expect China to continue to grow by 6 to 7 percent per annum over the next decade, as Chinese officialdom forecasts, or whether the growth rate will inevitably slow down even further.

He then seeks to answer his question by invoking the historical experience of South Korea. Korea had a per capital income less than 20 percent of that of the United States in the early 1980s, but grew at an average rate of about 7 percent over the course of the decade. By 1990 its per capita income had reached 30 percent of U.S. levels, and growth over the subsequent years declined to an annual rate of 5.5 percent. By 2000 per capita income had risen to about 50 percent of U.S. levels, and growth in the subsequent 15 years fell to a bit less than 4 percent.

The pace of development in Korea fell as incomes rose because the low-hanging fruit had been picked. The pool of underemployed rural labor was drained. The obvious investments were made. Cheap imported technology had to give way to a more difficult and expensive process of innovation. As a result, the once high growth rate slowed. Such is the logic of economic convergence.

Gauged by per capita income relative to the United States, China today is roughly where Korea was in 1990. This suggests that what Korea achieved in nineties, a growth rate of 5.5 percent, a percentage point per annum below current headline figures, is not unrealistic.

But probing the Korean experience to find clues that can help decode China's future economic trajectory requires going behind the headline growth figures. It requires recalling that Korea was able to sustain a growth rate of more than 5 percent through the 1990s only by allowing a massive credit and corporate debt boom. Korean corporations borrowed hand over fist to finance dubious investments in the automotive, electronics and construction sectors. Korean banks funded their operations by borrowing abroad. And the government, seeking to maintain high growth at any price, looked the other way. Thus, when the Fed tightened, causing the dollar to rise, and financial turbulence hit elsewhere in Asia, the house of cards tumbled.

The parallels with China are obvious. Chinese corporations are on an enormous credit binge – even more dramatic than Korea in the 1990s. The Chinese enterprises racking up those debts are often owned and operated by local governments, not by merchant families as in the case of the Korean chaebol. Given China's enormous pool of domestic savings, the debt is largely funded at home, not by foreign banks. But the pattern of wasteful investments in excess capacity, auguring serious financial problems, is otherwise the same. Whether a growth rate of 6-plus percent can be sustained on this basis is dubious, to say the least.

Korean officials mounted a concerted response to tackle a similar crisis. They dismantled Daewoo, one of the country's largest and most heavily indebted industrial conglomerates. They recapitalized the banks and closed down troubled finance companies. As a result, growth bounced back to double digit rates in 1999.

Whether Chinese authorities will respond in equally concerted fashion to problems in the corporate and financial sectors is an open question. Unlike Korea in 1997-8, China still has extensive capital controls in place. The government can therefore instruct the central bank to give commercial banks the cash they need to evergreen their loans without risking a currency crash. It can put off corporate and banking-sector restructuring in the hope that good news will somehow turn up. This may prevent growth from contracting as it did in Korea in 1998. But it will also prevent growth from recovering to double digit figures, as it did in Korea in 1999-2000, or achieving a sustainable growth rate of above 5 percent after a rebalancing, as seen in Korea in the past 15 years. If so, China will struggle to match what Korea has achieved.

A more advanced economy, Philosopher Karl Marx once observed, shows a less advanced one an image of its future. This is something that Chinese officials need to keep in mind.