Eichengreen: Is Big Tech Getting Too Big for Its Britches? 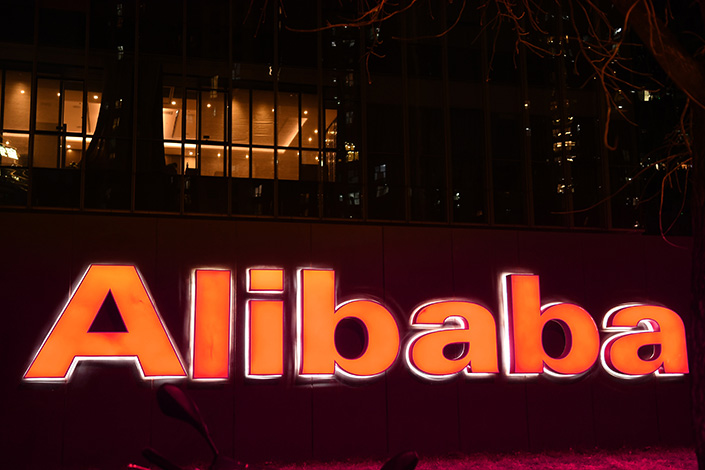 Chinese regulators recently initiated an investigation into monopolistic conduct by Alibaba, and then threatened to penalize Tencent for misreporting acquisitions and investments for antitrust reviews. Photo: VCG

Big Tech is on the hot seat in both the U.S. and China. Chinese regulators recently initiated an investigation into monopolistic conduct by Alibaba Group Holding Ltd. They then threatened to penalize Tencent Holdings Ltd. for misreporting acquisitions and investments for antitrust reviews. They instructed Ant Group Co. Ltd. and Tencent’s WeChat Pay to focus on digital payments and called off Ant Group’s much ballyhooed IPO. They finalized rules for curbing monopolistic practices across the internet.

Meanwhile, the U.S. Department of Justice opened investigations into violations of antitrust law by Apple Inc. (More recently the European Commission did the same.) The House Judiciary Committee issued a report on competition in digital markets, alleging market-power abuses by e-commerce giant Amazon Inc. Facebook Inc. is accused of using its dominance of social media to suppress competitors and of employing its position in digital advertising to manipulate the market. The Justice Department has investigated Google over issues raised by its dominance of search.

As they become large relative to the economies they inhabit, it’s inevitable that these companies should attract official scrutiny. As they branch into new activities, taking advantage of information harvested from their platforms, they come to matter for all aspects of life. They matter too much for governments to allow them to simply do as they please.

A central complaint is that these firms inhibit competition. Where they dominate search, they can give an artificially advantageous position to their own products. Where they are gateways for the sale of digital services, as in the case of the Apple’s App Store, or where they provide fulfillment services, as Amazon does for third-party sellers (its so-called “partners”), they can impose onerous requirements on competitors. Because they have privileged access to information about their users, they can employ inside information to entrench a competitive advantage over rivals.

The activities of Big Tech firms also have implications for essential aspects of the economic infrastructure — they can impact key public utilities, if you will. Payments, for example, are a key public utility in a modern economy. Consequently, one of central banks’ core functions is to ensure the smooth operation of the payments system. Thus, the People’s Bank of China had good reason to ask whether Alipay and WeChat Pay were adequately concerned with the integrity and security of the payments system. Similarly, it is appropriate for Chinese regulators to insist that payments be disconnected from Ant Group and Tencent’s other financial operations, so that incentives to profit from those other activities don’t distort or weaken the payments mechanism.

Monetary policy is another key public utility; it is a mechanism through which governments attempt to regulate economic activity. Here Big Tech — specifically Facebook — poses dangers as well. If widely adopted, Facebook’s stablecoin Diem (previously Libra) would weaken monetary control by supplanting local currencies and limiting the power of the central bank’s open market operations. Regulators are therefore justified in viewing Diem with skepticism and, at the least, subjecting it to significant regulation.

Regulators also have valid financial stability concerns about Big Tech operations. Ant Group and WeChat shouldn’t be allowed to operate as financial businesses without financial licenses, not least because they’re too big to fail. U.S. regulators similarly have good reason to scrutinize Amazon’s small business lending, given that Amazon’s lending isn’t, in reality, that small.

Finally, there are concerns about the impact of Big Tech companies on information flows. In this case, the specifics differ across countries. The Chinese government is concerned that the larger Big Tech companies are and the more aspects of economic and social activity they touch, the greater the danger that the official sector will lose control over the flow of information. In the U.S., the concern is not with information but with misinformation — that social media platforms like Facebook and Twitter spawn conspiracy theories that cast doubt on the legitimacy and effectiveness of prevailing political institutions.

Since the precise issue differs across countries, so too should the response. But the appropriate starting point is the same, namely, self-regulation, where platforms develop their own controls to regulate information flows. But if the platforms are not up to the task, regulators will have to promulgate rules for what is permitted and what is not. My own view is that the platforms and the authorities should err in the direction of permissive regulation, observe what is working and what is not, and only then respond.

When it comes to competition policy, there’s a strong case for prohibiting dominant platforms from operating adjacent lines of business and even for breaking them up. Separating their different business lines into different companies will limit the scope for cross-subsidization. It will limit threats to competition and market integrity. As yet, the regulatory crackdown hasn’t reached the point of breaking up Big Tech, either in China or the U.S. But we shouldn’t rule out the possibility that one day it will.