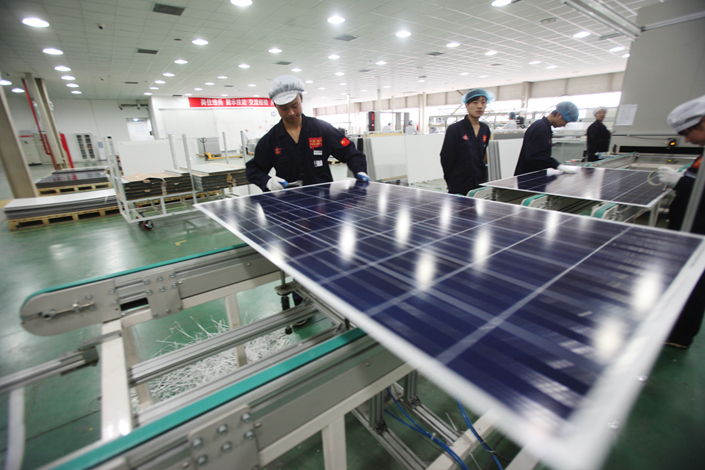 Workers construct solar panels at a Yingli factory in Tianjin in March 2013. Struggling solar panel maker Yingli Green Energy Holding Co. Ltd. said it has set up a special committee tasked with helping it work out a massive debt burden that includes 2 billion yuan ($290 million) in bonds that are either in default or will come due soon.

The company said on Tuesday the committee will try to resolve “debt repayment issues” it now faces after it defaulted on a collective 1.76 billion yuan in bonds over the last two years. Yingli also faces another 300 million yuan in bonds coming due in May. The company has become a symbol of China’s aggressive campaign to build up a solar panel manufacturing machine that now produces more than half the world’s output.

But that campaign, which included strong state support, resulted in a huge oversupply that has depressed global prices for the last six years. Yingli’s stock price has plunged as a result of its woes, prompting it to say last month it was in danger of being delisted from the New York Stock Exchange for failure to meet minimum market-value requirements.