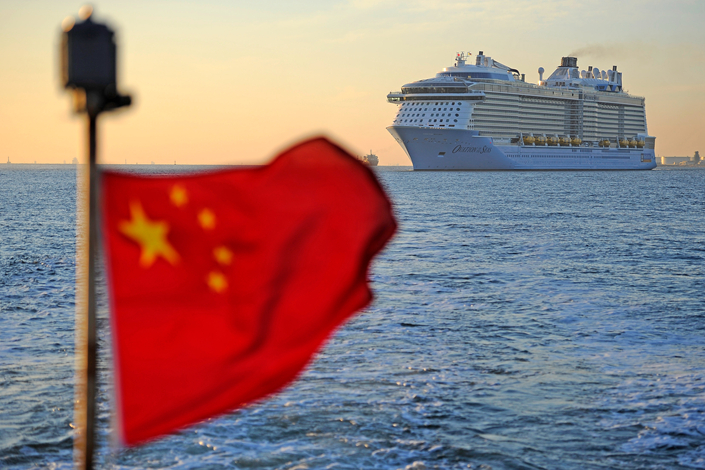 (Beijing) — Leading global cruise operator Royal Caribbean Cruises Ltd. has removed all China-originating trips to South Korea from its website, citing unspecified “developments,” extending a flurry of similar cancellations of flights and vacation packages to the country by other travel vendors.

“Due to recent developments in South Korea, Royal Caribbean is carefully making adjustments to cruises traveling to South Korea,” the U.S.-based operator said in a notice on its China website. It provided a list of revised schedules, all of which showed destinations in Japan substituted for ports of call previously scheduled for South Korea’s Jeju island and Busan.

The move came days after some of China’s leading online travel agents, including Ctrip, Qunar and Tuniu, stopped tour packages to South Korea, based on a search of their sites.

On Friday, the China National Tourism Administration warned travelers of the possibility of being denied entry or exit by South Korean immigration authorities when visiting the country, without elaborating. It added that more Chinese citizens have recently been refused entry to Jeju, which is normally a visa-free entry port, and reminded visitors to “choose travel destinations carefully.”

Tensions have recently risen between Beijing and Seoul over a U.S.-supplied anti-missile system that the latter is installing. Seoul insists the system is for defensive purposes only, while China worries the powerful system could be used for spying.

The slowdown in travel exchanges comes as South Korean retailing and consumer conglomerate Lotte Group also faces headwinds in its China operations. The company said earlier this week that more than half of its nearly 100 China-based grocery stores had been forced to halt operations, some of them after being penalized for administrative violations. Also this week, a joint-venture chocolate factory between Lotte and U.S. candy giant Hershey Co. was ordered to halt production after a safety inspection.

Lotte previously owned a golf course where the anti-missile system is being installed, but recently agreed to sell it to the South Korean government.