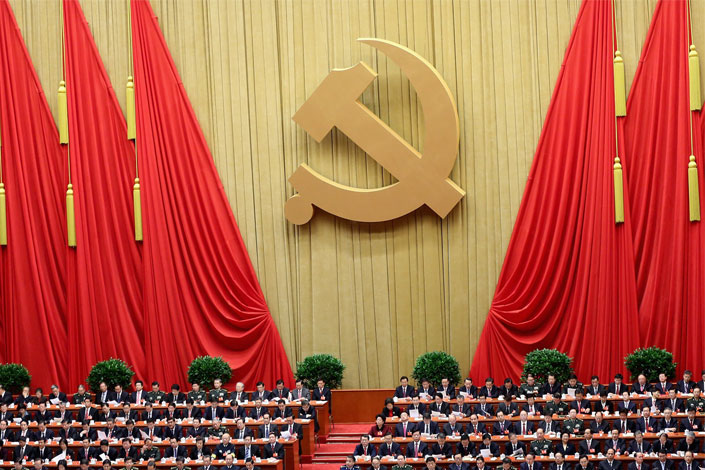 As local party committees across China start to hold party congress meetings to choose new leaders ahead of a major political reshuffle scheduled for later this year, analysts are keeping a close eye on any absentees to spot any political headwinds. At times in China, sudden absences can point to an official being under investigation for alleged corruption, although there have not been any official announcements regarding the individuals from Chongqing and Tianjin.

Wang Hongjiang, a member of the main decision making body, the Standing Committee of Tianjin's party organ, was absent from the local presidium that opened on Monday.

Wang was a close aid of Huang Xingguo, Tianjin’s former mayor from 2008 and 2016, who was put under investigation for alleged corruption in September.

Wang also headed the northern port city’s United Front Work Department that was responsible for liaising with overseas Chinese. He was last seen in public sometime last week when he met with a central government environmental protection inspection team in Tianjin's Hongqiao district, according to news reports that failed to specify a date.

Another notable absentee from the Tianjin meeting was Cheng Qisheng, the secretary-general of the party committee and a member of its core decision making body. Cheng also closely with Huang, after latter was made Tianjin’s acting party boss in 2014. He was hospitalized after overdosing on sleeping pills, according to a March 1 report by Enorth.com, a government-run news portal in Tianjin. He remains in the hospital, according to local media reports.

Authorities in Tianjin have not offered an explanation for the absence of Wang and Cheng from the local party presidium.

Officials attending these key meetings at regional and provincial levels will select delegates who will attend the party's national congress, a major political gathering held once in five years. The event slated for some time in the second half of this year offers the public a rare peek into the movers and shakers in Chinese politics.

In the southwestern municipality of Chongqing, which has been badly bruised by a political scandal involving its former party secretary, the city's police chief He Ting was a notable absentee when the 67-member presidium opened on Sunday.

The municipal authority did not provide an explanation for He's absence.

He Ting was appointed as Chongqing’s top cop after his predecessor, Wang Li Jun, defected to the U.S. consulate in Chengdu in neighboring Sichuan province in February 2012 after fallout with then-Chongqing party secretary Bo Xilai. The two powerful figures clashed over Wang’s handling of a murder case in which Bo’s wife was implicated. The case involving the killing of British businessman Neil Heywood allegedly by Bo's wife triggered an investigation that led to the imprisonment of the couple in 2013.

Song Aiping, a member of the Standing Committee of Chongqing's party committee was also absent from the meeting, according to reports from state-run Chongqing TV. Song also headed the local United Front Work department.

Her name has been removed from the list of Standing Committee members of Chongqing's Party Committee published on 12371.gov.cn, a party-run portal in the city.

Song, 57, has spent much of her career in the Xinjiang Uygur Autonomous Region. She last served as a member of the core decision-making body of the party committee in Xinjiang and head of regional commission for discipline inspection before being transferred to Chongqing in 2015.