China to Roll Out Tougher Rules on Bike-Sharing Deposits 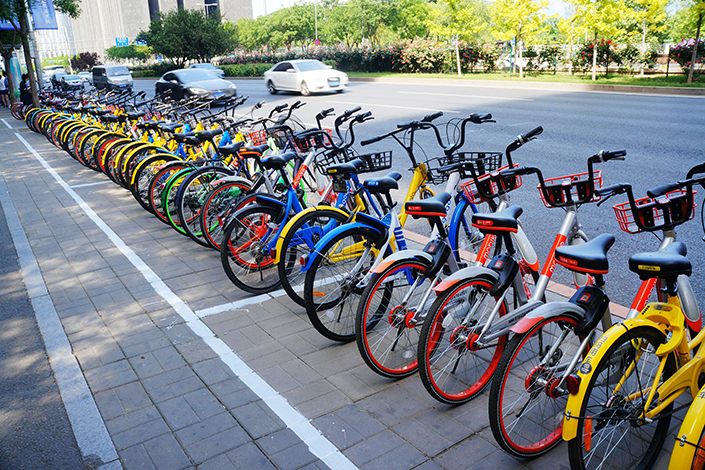 (Beijing) — China is intensifying efforts to manage the fast-growing bike-sharing industry, as regulators turn their focus on the deposits users pay to open accounts that could leave the door open for companies to potentially misuse funds.

The Ministry of Transport, the National Development and Reform Commission (NDRC), and the People’s Bank of China released a draft report on Monday concerning bike-sharing services, in which cyclists use mobile apps to rent bikes, often for a small fee of around one yuan per ride.

The proposal focuses on the management of the consumer’s deposits. Regulators want such deposits strictly distinguished from other funds collected by the bike-rental companies, advising that the deposit money be put into a designated bank account and subject to regulations aimed at preventing the misuse of funds.

Regulators urged companies to ensure proper management of the deposits and to safeguard the rights and interests of consumers when mergers and acquisitions take place in the industry, according to the proposal. The proposal is accessible on government websites and open for public comment until June 5.

China’s bike-sharing industry took off in early 2016 — and quickly caught on, exploding into a billion-dollar industry. Today, about 30 firms, each with millions of colorful bikes, are competing for commuters in cities across China, with Ofo and Mobike taking the lead.

But as the bikes began to crowd sidewalks and alleyways, and accidents with children were reported, national and local governments began proposing regulations to better control the sector. These included banning children under 12, the heavy set, and those who are very short or tall from renting bikes. Tianjin urged companies to carry global position systems (GPS) on bicycles to locate them easily, and to employ at least 50 offline employees to take care of every group of 10,000 bicycles.

Regulators and others also zoomed in on the whereabouts of the consumer deposit.

“Some companies rapidly expanded their capital by collecting consumer deposits, and even sought to keep the money longer by deferring the refund process,” Fu Jun, chairman of Macrolink Group, a property-investment conglomerate and Ofo investor, said during the National People’s Congress, the country’s top parliament session held in March. He proposed that financial regulators step up efforts to prevent companies from using the deposits.

But Dai Wei, the founder and CEO of Ofo, one of the leading bike-sharing companies, said in March that his company hadn’t used “a single penny” of its deposits. Dai also asserted that deposit money does not play an important role in the bike-sharing business model.

In the past year, Ofo and its lead rival Mobike raised more than a total of $1.2 billion from dozens of investors, including several internet technology giants. And the sector is still growing: Market analysts expect these companies to add nearly 30 million new bikes to their combined inventories this year alone.

Coinciding with the national government looking at deposits, the Beijing Municipal Bureau of Financial Work is planning to require that bike-sharing companies registered in the city put consumer deposits into a designated bank account, financial regulators told Caixin.

Ofo and Coolqi are two bike-sharing companies registered in Beijing.

“Bike-sharing companies do not own the deposit money,” one financial regulator in Beijing told Caixin. “These companies are in no position to make loans or investment with the funds. Otherwise, they would be using the funds illegally.”