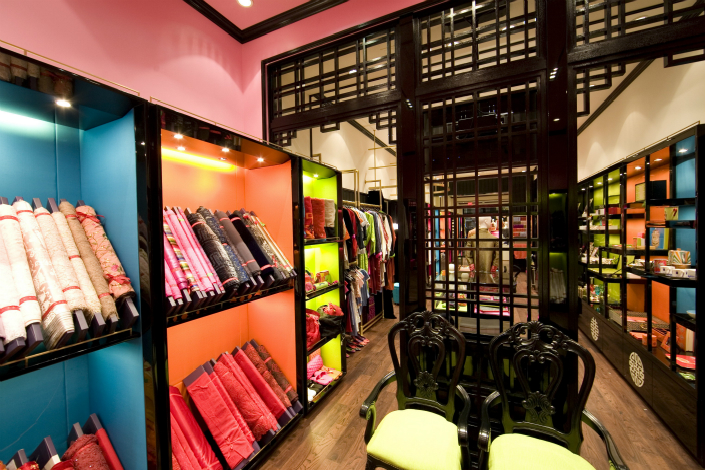 Chinese luxury brand Shanghai Tang has been sold by Swiss luxury group Compagnie Financière Richemont SA, as Richemont follows through on plans to "slim down" in a sluggish luxury-goods market. Above, a Shanghai Tang store in New York City displays its wares in July 2010. Photo: IC

The sale follows Richemont Chairman Johann Rupert’s announcement in November that the company needed to “slim down” in a sluggish luxury-goods market.

In 2015, Richemont saw an 11% decrease in operating profit amid a 13% decline in Asia-Pacific sales.

Richemont bought a controlling stake in Shanghai Tang in 1998, which it expanded to 100% ownership in 2008.

Founded in 1994 in Hong Kong, Shanghai Tang made its name selling clothing and housewares that combined modern design and traditional Chinese details like mandarin collars. There are more than 30 Shanghai Tang boutiques in Asia, Europe and North America, and the brand’s online platform delivers to more than 50 countries and territories.

Offloading Shanghai Tang is a “logical step” because “the brand has not been relevant either in terms of turnover or profit,” Weber said.

Neither Richemont nor Bastagli disclosed the size of the deal, but the Swiss company said the sale will have “no material impact on Richemont’s balance sheet, cash flow or results” for the current financial year.

However, luxury brands from China and the rest of Asia outside Japan accounted for less than 50% of luxury personal goods bought by Chinese consumers in 2016. China’s luxury goods consumers show greater preference for foreign brands, and make up the largest consumer group for brands like Switzerland’s Bally.

Nevertheless, Bastagli hopes to build on “Shanghai Tang’s heritage as the leading luxury Chinese brand with global recognition,” the entrepreneur said in a statement Monday.