By Lu Bingyang and Leng Cheng 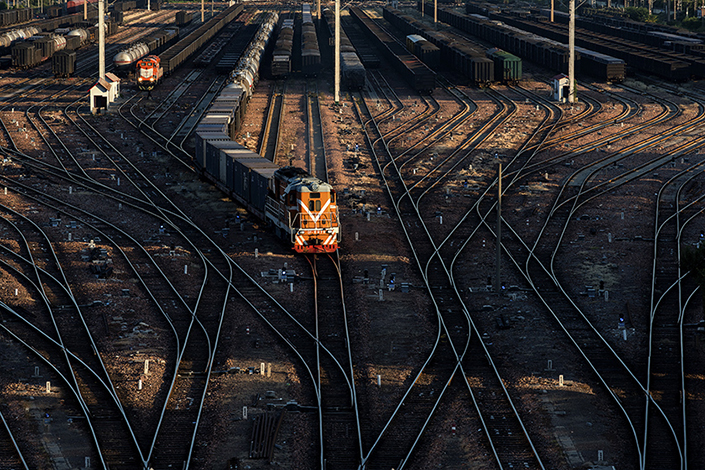 China’s national rail operator won’t lay off any employees or cut their benefits, sources said, responding to concerns as it prepares to launch a major overhaul to improve its efficiency.

An employer of more than 2.1 million people and several hundred thousand contract workers, China Railway Corp. (CRC) is aiming to shift all of its staff to a new entity after the change, which will see it consolidate its 18 regional railway bureaus by November and operate its business under the new entity starting next year, sources told Caixin.

Several CRC executives told Caixin the guarantee of no layoffs or benefit cuts is a crucial part of the plan, aimed at preventing labor unrest, a sensitive subject for Beijing as it tries to make its biggest state-run entities more efficient. CRC has been closely following worker sentiment as it crafts the plan in order to avoid interruptions to its business operating a huge network that includes the nation’s state-of-the-art high-speed rail service, the CRC sources said.

Market watchers believe that CRC has sped up its long-awaited reform as Beijing’s campaign to overhaul the state-sector gathers steam with recent programs like mixed-ownership reform.  The money-losing company posted its best-ever performance in the first half of the year, as it tries to become more commercial with its freight and passenger transport services by taking advantage of its huge national network.

CRC’s structural overhaul is divided into three stages. Those will begin with streamlining its nontransportation businesses, followed by consolidation of its regional railway bureaus, and finally shedding its state-run legacy headquarters, Caixin reported earlier.

The company is also working on a reform plan that will see it work more closely with private companies like e-commerce giant Alibaba Group Holding Ltd. Such tie-ups could eventually see the rail operator sell stakes in itself and some of its units to those partners as incentive to help it improve its efficiency.

The operator recently reported its smallest net loss since taking its current form back in 2013. Its net loss narrowed to 2.97 billion yuan ($450 million) during the first half of 2017, a 59.31% decrease from the same period last year, according to CRC’s earnings report.