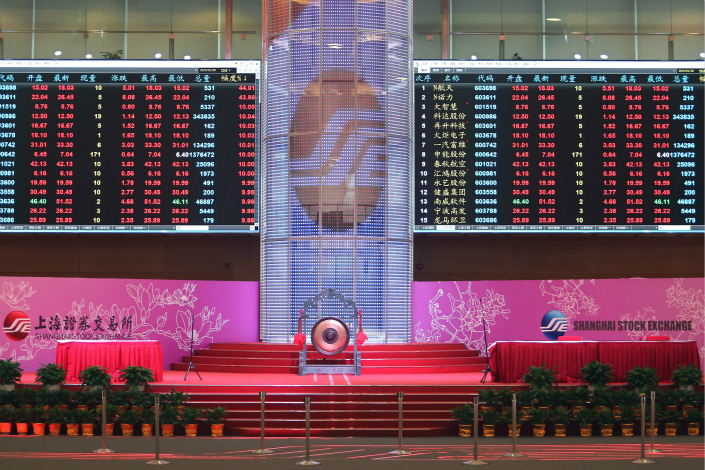 Only one of six new-listing applications was approved by the securities regulator on Tuesday, fueling speculations that the initial public offering (IPO) floodgate might be closing.

The China Securities Regulatory Commission (CSRC) has given the green light to fewer listing applications following a reshuffling of its stock issuance approval committee in late September. Investment bankers have told Caixin that the panelists might be more prudent because they are new to the role, and they are working amid investigations into allegations of bribery of previous panelists.

The approval rate, therefore, was only 44%, down from 64% in the previous committee meeting in late October. During the first half, the approval rate was 85%.

There is a huge backlog of IPO applicants, with 560 companies on the waiting list as of Oct. 27, according to CSRC data.

Unlike in many developed economies, companies in China require regulatory approval for an IPO at the country’s mainland stock exchanges, in Shanghai and Shenzhen.

In late September, the CSRC review committee was expanded to 66 representatives, up from 60, with 34 of its members coming from within the CSRC. New members include securities lawyers, brokers and regulators from various parts of the securities sector.

“It certainly takes time for new committee members to get familiar with the review process and criteria, and it may result in a more prudent approach,” said an investment banker from a midsize brokerage.

“The IPO reviewing board members seems more cautious after the investigation broke out,” an employee of a securities firm said.