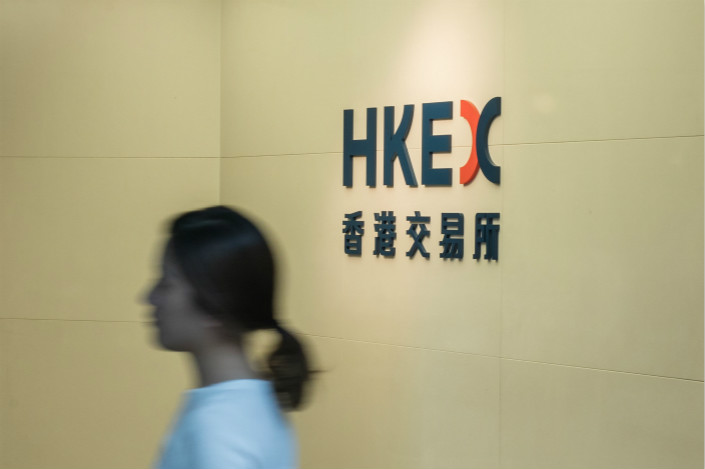 The value of Hong Kong shares held by mainland investors through stock-connect programs has grown over sixtyfold since the end of 2014, a month and a half after the mutual market-access system debuted.

Northbound trading, or Hong Kong-based investors’ trading on the mainland, has also grown. The total value of Shanghai- and Shenzhen-traded shares held by Hong Kong investors as of Oct. 31 was 491.67 billion yuan ($74.19 billion), the Hong Kong Stock bourse said.

The three most attractive Hong Kong-traded stocks for mainland investors were offered by banks, with HSBC Holdings coming in at No. 1, accounting for HK$75.79 billion worth of shares held by mainland investors.

In the three years since its inauguration, the mutual access program has brought a “historic” and “large” flow of mainland capital into Hong Kong, the city’s stock exchange chief, Charles Li, told reporters on Thursday after the listing ceremonies of five companies.

This large southbound flow is set to fundamentally change the Hong Kong stock market over the coming years, Li said. As China’s new economy booms, Hong Kong hopes to see more and more new-economy companies such as internet and financial technology firms listing on its exchange, he added.

Earlier in the week, Li told reporters that Saudi Arabia’s national oil firm, Saudi Aramco, will “for sure” eventually list on the Hong Kong Stock Exchange. Li said on Wednesday that his certainty was largely due to benefits of southbound trading through the Stock Connect programs is expected to bring Hong Kong.

“As long as Hong Kong becomes the largest slice, the last slice of Chinese wealth that hasn’t been globally allocated yet, as long as a considerable portion of that wealth can reach Hong Kong through the mutual access system, Hong Kong will inevitably attract world-class companies to list,” Li said.