By Xiao Ying and Coco Feng 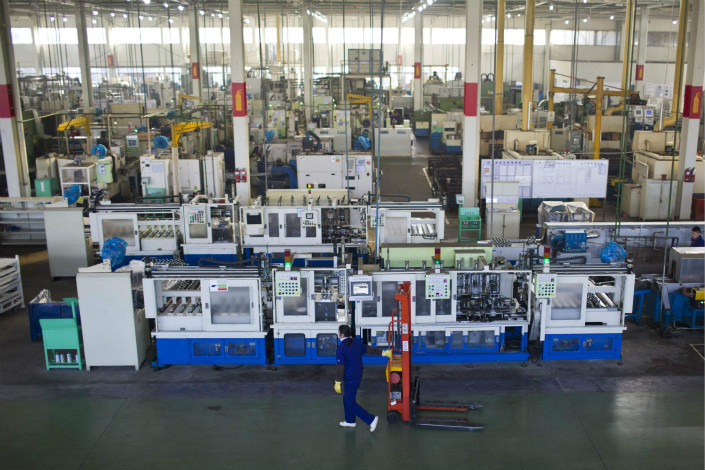 Wanxiang Group (pictured is one of the company's factories in Zhejiang province) announced that it had been chosen as GM China's domestic battery supplier, but this announcement was quickly taken down. GM China said it is still on the hunt for Chinese battery suppliers. Photo: Visual China

General Motors Co. (GM) is looking for Chinese manufacturers to supply it batteries for electric vehicles in the country, laying the groundwork for the U.S. automaker’s vehicles to qualify for subsidies in the Asian country.

The supplier search shows how the country’s efforts to promote new-energy vehicles, a category that includes electric and hybrid models, currently favor automakers that use Chinese suppliers, as they are so far the only ones approved to supply vehicles that can qualify for subsidies.

Not long after, GM China said it had no comment on Wanxiang’s announcement and was still considering which Chinese battery-maker or makers it will choose. Within hours, Wanxiang had removed the announcement without explanation.

China has been energetically promoting new-energy vehicles in an attempt to reduce air pollution. To make this happen, the government has ordered automakers to turn out a certain proportion of new energy vehicles every year and has granted manufacturers subsidies for certain models recognized by authorities.

The Ministry of Industry and Information Technology has irregularly released its list of models that qualify for new-energy vehicle subsidies. SAIC-GM only produces two hybrid models, and neither has made the list.

The ministry also has a list of qualified battery suppliers. Although it had said the two lists were unrelated, the third-party China Vehicle Technology Service Center, which helped the ministry compile a list of subsidized electric vehicles, told automakers in April 2016 that vehicles wouldn’t qualify for new-energy vehicle subsidies unless they used batteries supplied by a listed battery-maker.

LG Chem is not on the list, but Wanxiang 123 is. So far, none of the 57 battery suppliers on the list is a foreign company, which industry professionals generally see as the Chinese government protecting domestic companies.

LG Chem has already lost other clients in China, including SAIC and Anhui Jianghuai Automobile Group Corp., both of whom turned to domestic battery suppliers.

On the other hand, the policy has offered large opportunities to Chinese battery-makers. In the first three quarters of the year, seven Chinese companies were among the world’s top 10 battery-makers by shipment, according to the Shenzhen-based research firm Gaogong Industry Research Co. Ltd.

This story has been corrected to reflect that GM is looking for Chinese manufacturers to supply it with batteries for electric vehicles, but no decision has been made.