Xiaomi Speeds Up Timetable for IPO to 2018, Sources Say

By Bai Jinlei and Han Wei 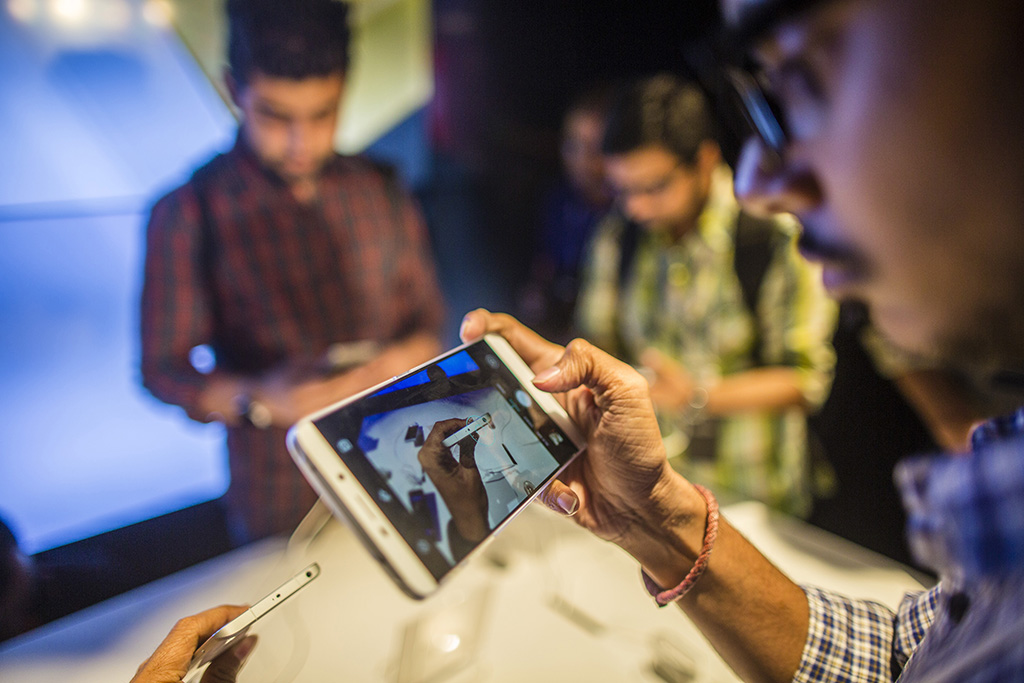 Strong sales in India have boosted Xiaomi’s performance this year. Above, customers check out Xiaomi phones at a store in New Delhi. Photo: Visual China

“(The IPO) will be at an overseas market,” one person with knowledge of the matter said Wednesday.

Market speculation began building for an earlier-than-expected IPO after a technology website reported late last week that Xiaomi was accelerating the timing for its public offering. Xiaomi’s founder and CEO Lei Jun late last year had signaled the company wouldn’t go public until about 2025.

The Information, the technology website, reported that Xiaomi is most likely to list in Hong Kong, though New York hasn’t been ruled out.

Lei declined to comment on the media report at the Snapdragon Technology Summit organized by Qualcomm Technologies Inc. in Hawaii.

Last year, Lei said at an industry conference that he didn’t expect the smartphone-maker would go public until about 2025 because its business model was “too complicated” and would need time to cultivate belief among consumers.

The company’s publicity department didn’t respond directly to Caixin’s question about whether the IPO would be next year, but said previous media reports indicating the company wouldn’t list before 2025 were inaccurate.

It is unclear how much the company plans to raise through the offering.

Established in 2010, Xiaomi rose quickly to become one of China’s largest smartphone producers and has expanded into a wide range of products such as smart TVs, wearables and air purifiers.

Xiaomi has been a darling of investors attracted by its fast rising sales and its business ecosystem linking the smartphone with various smart home appliances. Its smartphone sales surged from 300,000 units in 2011 to more than 61 million units in 2014, according to the company’s reports.

The company has completed six rounds of fundraising from global venture capital and equity investors, including IDG Capital, Temasek and DST Global. In the latest investment round in late 2014, Xiaomi raised $1.1 billion from a group of investors led by All-Star Investment, Government of Singapore Investment Corp., DST Global, Yunfeng Capital and Hopu Investment Management.

Investors valued the company at $45 billion in late 2014. That topped the $41 billion valuation of U.S. ride-sharing service Uber Technologies Inc. in its recent round of fundraising.

Following a series of business and management adjustments, Xiaomi has rebounded this year. Data from market information provider IDC show that global shipments of Xiaomi phones jumped 102.6% in the third quarter this year to 27.6 million units, boosted by sales in India.

In late July, Xiaomi said it secured $1 billion loans from a group of 18 banks, led by Deutsche Bank and Morgan Stanley, to fund its overseas expansion. The company also reached an agreement with Baidu Inc. last month to leverage the tech giant’s advanced technology in artificial intelligence to bolster the application of Xiaomi’s devices in Internet of Things solutions.

Company CEO Lei told media in early November that Xiaomi’s sales had exceeded 100 billion yuan as of October and the company expects to sell over 100 million units of smartphones next year.

A company source told Caixin that investors and employees expect to see an earlier listing.