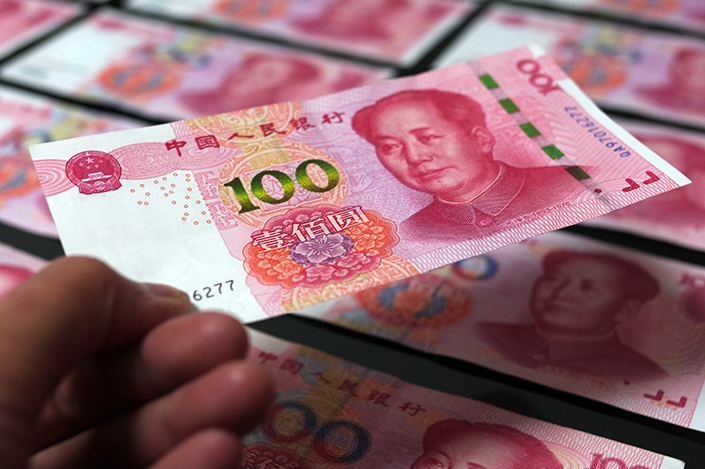 Some of China’s local governments inflated their fiscal revenues and raised billions of yuan through illicit borrowing in spite of a crackdown on data fabrication and a ban on some types of fundraising, the National Audit Office (NAO) said in a report.

Other authorities were found to have misused money earmarked for poverty alleviation, one of President Xi Jinping’s top priorities, the NAO said. It also found some local governments had failed to carry out environmental assessments for new industrial projects, and singled out the Ningxia Hui autonomous region and Jilin provinces for providing electricity subsidies to companies in violation of government policy.

The NAO issues a report every quarter to track the implementation and enforcement of major government policies. The report for the July-September period, published on Friday, focused on local government finances, poverty reduction and environmental protection. Auditors conducted random reviews of nearly 2,000 projects involving a total expenditure of more than 442 billion yuan ($66.8 billion).

Authorities in five cities and counties in the less developed provinces of Jiangxi, Shaanxi, Gansu, Hunan and Hainan illegally promised to repay from their fiscal income more than 6.4 billion yuan in total debt taken on by the local governments themselves or their financing vehicles,

The worst offender was Haikou, the capital of the southern province of Hainan. The city’s finance and land resources departments owed more than 5.3 billion yuan by the end of August to 61 contractors comprising land expropriation costs that they had asked the companies to pay in advance and promised to reimburse with the proceeds from the sale of the land, the NAO said.

In other cases, local government agencies or their financing vehicles borrowed from banks or from investment companies controlled by the government to fund infrastructure construction or land acquisitions. They also guaranteed to repay the debt and interest from fiscal revenues, it said.

In addition to debt irregularities, the report found that 10 cities and counties in Chongqing and Yunnan in the southwest, Jilin in the northeastern rustbelt, and Hunan in central China inflated their fiscal revenues by more than 1.5 billion yuan in total. Wangcheng, a district of Changsha, the capital of Hunan province, accounted for most of the overstatement — local officials faked the transfer of ownership of local government buildings, which boosted their income by 1.24 billion yuan.

The audit found more than 468 million yuan of poverty alleviation funds were used improperly, and discovered deficiencies in the implementation of the government’s environmental policies. A total of 87 ecological projects in 12 provinces involving 3.4 billion yuan of investment were not completed on schedule or were left idle after construction, while the authorities in Shaanxi province and Shenzhen city failed to carry out the required environmental impact assessments on 13 projects.

The NAO singled out Ningxia and Jilin for providing 2.4 billion yuan of electricity subsidies to companies in industries with serious overcapacity or high energy consumption.

China’s central government started efforts to clean up local government borrowing back in 2013, after a monetary and fiscal stimulus launched in 2008 to cushion the country from the global financial crisis saddled the economy with one of the highest debt burdens in the world as a percentage of gross domestic product (GDP).

No one knew the size of overall local government liabilities as cash-strapped authorities, who were then prohibited from issuing bonds to fund their spending, turned to a range of fundraising channels including the establishment of financing vehicles and kept the debts off their books.

In an effort to put a figure on the total debt, the National Audit Office carried out an investigation and found that by the end of June 2013, local governments had racked up total liabilities of 17.9 trillion yuan, including 2.7 trillion yuan of debts they had guaranteed and 4.3 trillion yuan they had some responsibility for repaying.

But local authorities have still been seeking ways to circumvent the tightened rules under pressure to support infrastructure investment to meet the central government’s growth targets, and to pay for all the new health, pension and welfare benefits introduced by the administration of former President Hu Jintao.

The quality of China’s statistics has long been questioned as local officials have tended to interfere with the data to meet central government targets and boost their promotion prospects.

In January, the governor of the northeastern province of Liaoning admitted that city and county officials in the region had falsified fiscal revenue and other data from 2011 to 2014.

Ning Jizhe, the head of the National Bureau of Statistics and a vice chairman of the National Development and Reform Commission, the top economic-planning agency, vowed at a meeting last week to speed up the establishment of systems to prevent and crack down on data fabrication and punish dishonest companies and statistics staff.