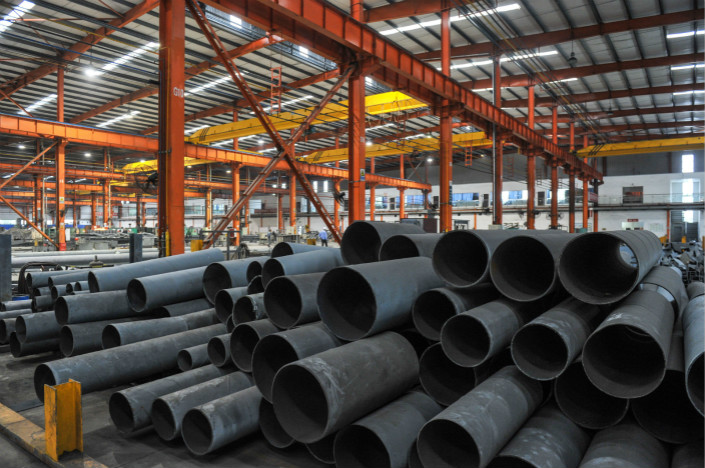 China Mobile said the addressable audience for its new U.K. service, called CMLink, could include 433,000 British-Chinese living in the UK and 82,000 Chinese citizens who are there studying on student visas. Photo: Visual China

Value-added industrial output, which measures production at China’s factories, mines and the utility sector, rose 6.1% last month from a year ago, down from an increase of 6.2% in October, mainly dragged by a decrease in the mining sector, data released by the National Bureau of Statistics (NBS) showed.

Fixed-asset investment excluding rural households, a key driver of domestic demand, grew 7.2% year-on-year in the January-November period, according to NBS data. Property investment grew 7.5% over the same period, down from 7.8% in the first 10 months.

Retail sales, which include spending by households, government departments and businesses, increased 10.2% in November from a year ago, up from a 10% growth in October. It was slightly lower than the median forecast of a gain of 10.3% in a Bloomberg News poll of economists.

Although the expansion in fixed-asset investment slowed in the first 11 months from 7.3% in the January-October period, its year-on-year growth in November actually picked up to 6.3% from 5.8% in the previous month, according to Evens-Pritchard’s calculations.

He blamed the Chinese government’s campaign to restrict production at steel, aluminum and other plants to curb smog in winter for the slowing growth in industrial output.

Despite slowing growth in real estate investment, developers didn’t slow their purchase of land, a crucial resource for their survival. Over the first 11 months of 2017, land purchased by domestic property developers grew 16.3% year-on-year, its highest rate of the year, suggesting that the opportunities for development in the real estate market remain high.

Although the property sales growth slowed in November, prices actuality picked up, official data showed. Yan Yuejin, research director at E-House R&D Institute, said the real estate market remain robust in 2017 despite government curbs. He projects that real estate investment for the whole of 2017 will be around 7%.

“Recent statements by policymakers confirmed a gradual shift in the macro policy stance towards somewhat less emphasis on growth and more on reducing financial risk and deleveraging in the financial system,” Kuijs said in a note.

Signals sent during a key meeting of the Politburo, the top decision-making body of the Communist Party chaired by President Xi Jinping, suggested that China will tolerate slower growth in 2018 in exchange for higher quality growth. The meeting said important tasks for next year include trimming leverage across the economy to prevent systematic financial risks and protecting the environment, which could also drag down credit growth and the heavy industry sector.