Top Policymakers Vow to Pick Up the Pace on Reform 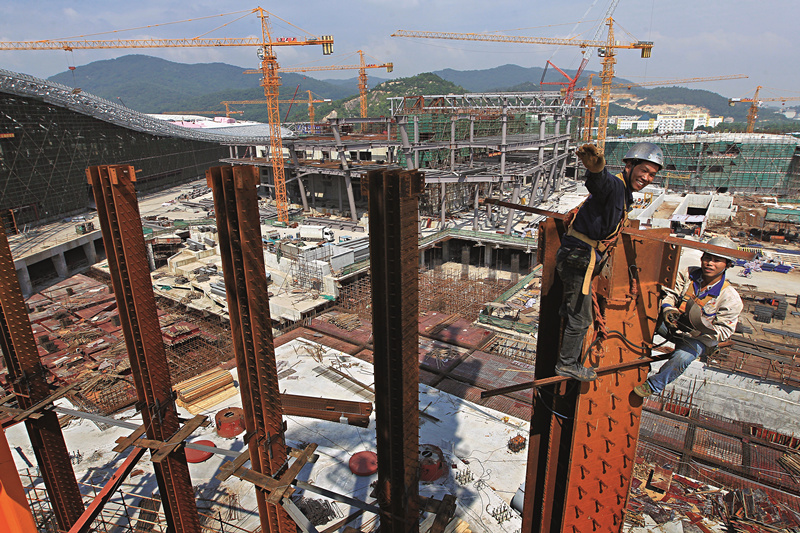 China’s economic growth for 2017 appears poised to beat the government’s 6.5% target set in March, despite analysts expecting that the fast 6.9% pace of the first three quarters will slow in the final lap of the year. Photo: Visual China

China will continue to strike a balance among stable growth and risk control while pushing forward structural reforms next year, the top decision-making body of the Communist Party said Friday ahead of a key policy-setting conference.

The Politburo, chaired by President Xi Jinping, looked at China’s economic conditions and needed policies for the coming year. Later this month, the Politburo and other senior officials will set the 2018 economic agenda at the annual Central Economic Work Conference.

The Politburo’s vision for 2018 is a combination of ongoing efforts to transform the economy while controlling risks, and improving people’s livelihoods and curbing pollution.

“Promoting high-quality development will be the fundamental requirement for determining the thinking on development, formulating economic policies and implementing macro-control measures,” the Politburo said in a statement after the meeting, according to the official Xinhua News Agency.

The meeting was held at a time China’s economic growth appears set to beat the government’s target of “around 6.5%” set in March. Economic growth in the first three quarters hit 6.9%, boosted by stronger exports—exports rose in November at the strongest pace in eight months—and a rebounding manufacturing sector.

Analysts expect the pace to moderate in the final three months of the year. The slowdown is likely to continue into 2018 as the government moves forward with its supply-side structural reforms that include curbs on capacity in many industrial sectors.

Amid these challenges, China also has some of the worst air pollution in the world, as well as soaring housing prices, wide disparities in wealth and uncertain job prospects for its youth. The Politburo vowed to take on such challenges, even as they may slow economic growth.

The government “will adopt more sophisticated measures to target poverty groups and provide support, combine poverty lifting efforts with education and inspiration measures to encourage the poor populations’ internal motivation to enhance the quality of poverty alleviation efforts,” the Politburo said, according to Xinhua.

Last year, the country’s regulators initiated a sweeping campaign to cut excessive leverage, rein in risky investments and root out misdeeds in the financial markets. A slew of policies have been issued to tackle risks related to lightly regulated lending and other financial activities known as “shadow banking,” as well as local government borrowing and online financial activity.

Policy makers also vowed to speed up reforms in the country’s housing market and establish a long-term mechanism to promote healthy development of the property sector.