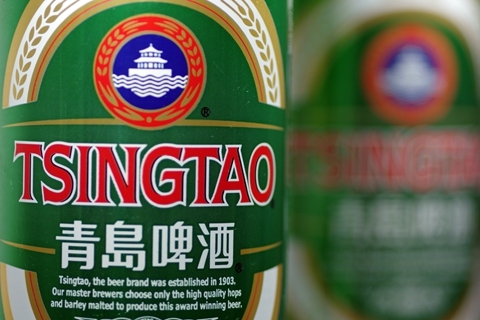 Tsingtao operates more than 60 breweries across China and is sold in more than 100 countries. Photo: Visual China

Hong Kong-listed Fosun said Wednesday that it would pay HK$27.22 per share for 243 million of Tsingtao’s Hong Kong-traded shares. The price was a 32% discount to Tsingtao’s Wednesday closing price.

Based in the northeastern port city of Qingdao, Tsingtao is one of China’s oldest and largest breweries, with annual production capacity of 8 billion liters. It operates more than 60 breweries across the country and is sold in more than 100 countries.

The deal, which is expected to be completed by March next year, will make Fosun the second-largest shareholder of Tsingtao.

Asahi will sell its remaining 270 million shares of Tsingtao to a Hong Kong investment arm of the state-owned Tsingtao Brewery Group, the largest shareholder of Tsingtao.

The sale marks a complete exit of Asahi from the Chinese brewery after a seven-year-long investment. Asahi bought 19.9% of Tsingtao in 2009 from Anheuser-Busch InBev SA at $670 million, at a time when China’s beer market was undergoing a boom that had started in the 1980s.

But the growth of beer consumption in China – the world’s largest beer market – began slowing down in 2011. Tsingtao’s sales dropped 4.7% in 2015 from the previous year, the first decline in a decade. Sales plumped further by 6.8% last year, with profits sliding 40%.

Asahi announced the plan to sell Tsingtao in January, citing the slowdown in the Chinese market, although Tsingtao’s sales started to rebound this year. From January through September, Tsingtao’s revenue totaled 23.4 billion yuan, up 1.5% from the same period last year. Net profit increased 1.6% to 1.87 billion yuan during the period, company reports show.

Earlier this year, Fosun, Dalian Wanda Group and HNA Group were put in the regulatory spotlight for their heavy spending amid concern over debt-driven investment.

Fosun has moved to pare back some of its offshore assets. Since December 2016, the company has offloaded its stakes in several companies, including U.S. specialty property and casualty insurer Ironshore Inc. and Belgium-based BHF Kleinwort Benson Group.