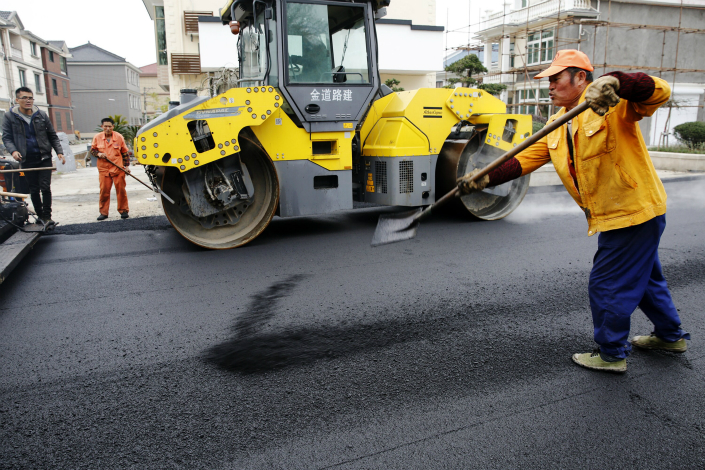 As of the end of 2016, regional and local governments had 15.32 trillion yuan ($2.3 trillion) in total debt, according to data from the Ministry of Finance. Meanwhile, the central government’s debt balance was 12.01 trillion yuan. Photo: Visual China

The central government will not secure irregular loans taken out by local and regional governments as it seeks to curtail runway growth in off-balance sheet debt, the Ministry of Finance said.

At the conclusion of the Central Economic Work Conference on Wednesday, Chinese authorities said preventing financial risks will be one of three critical battles going forward, according to a report by the official Xinhua News Agency.

“Because high leverage is the source of financial risk, cutting excessive leverage is at the top of the agenda,” said Li Yang, a member of the Chinese Academy of Social Sciences (CASS), a top government-affiliated think tank.

The main culprit for the soaring debt is the incorrect view of political performance among some local cadres, the ministry said. When seeking “political achievements,” some local governments have engaged in excessive borrowing to support ambitious expansion plans, straining their financial resources, it said.

Some financial institutions were also responsible for providing irregular financing for projects connected to local governments without properly evaluating the risks of the projects, the ministry said.

To curb “disordered borrowing” and “growth in hidden debts,” the ministry said it will ask local and regional governments to avoid unnecessary construction projects and rein in projects whose spending has gotten out of hand.

It also said the banks should not finance projects that are either unsecured by lawful collateral or that can’t generate the stable cash flow needed for repayment. It also warned state-owned enterprises against helping local and regional governments circumvent regulations to get loans.

The ministry also encouraged the creation of a market-orientated debt default management system.

The ministry has promised to allocate higher quotas for legitimate borrowing by regional and local governments, though it stipulated that they should use the money primarily for infrastructure projects in impoverished regions.

As of the end of 2016, regional and local governments had 15.32 trillion yuan ($2.3 trillion) in total debt, according to data from the Ministry of Finance. Meanwhile, the central government’s debt balance was 12.01 trillion yuan.

Combined government debt totaled 27.33 trillion yuan, or about 36.7% of China’s GDP. The figured was still below the warning level of 100% to 120% set by international institutions.