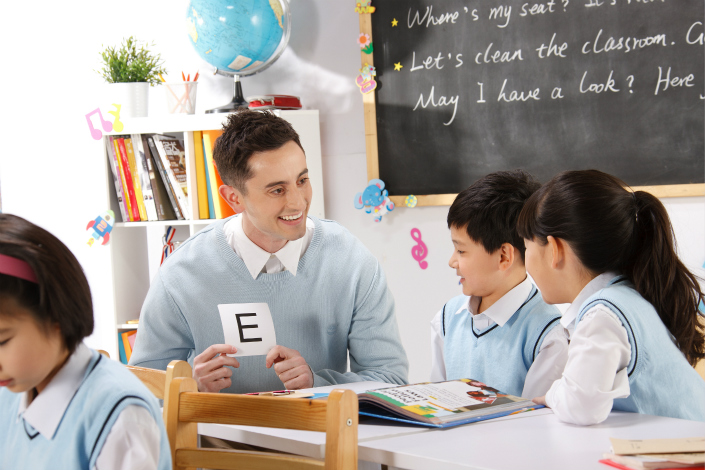 “There’s been underspending on education for a while, and recent (fund raising) signals the private sector trying to step in where the public sector hasn’t been able to,” said Ryan Roberts an analyst at MCM partners. Photo: Visual China

Investors are learning the ABCs of Chinese education, pumping hundreds of millions of dollars into a sector that has risen to the top of the class over the last half year.

Recent interest in the sector has spawned a wide array of mega-fundings and initial public offerings (IPOs), and is being driven by a confluence of factors related to market opening, technology and a certain cyclical element, analysts and observers said. The sector was traditionally mostly closed to private investment, but Beijing has become more tolerant in some areas as local governments struggle to meet strong demand, especially for after-school educational services.

At the same time, technology is opening the way for a growing number of services that can link up students and teachers over the internet, providing greater flexibility and reducing costs.

Two of the latest up-and-comers made headlines this week, led by DaDaABC, operator of a platform offering one-on-one English instruction, which landed $100 million in C-series funding, according to Chinese media reports. Also this week, music instruction specialist Peilian.com won a similar amount, specifying the figure only as in the hundreds of millions of yuan, according to other reports.

“There’s been underspending on education for a while, and recent (fund raising) signals the private sector trying to step in where the public sector hasn’t been able to,” said Ryan Roberts an analyst at MCM partners.

The sector’s recent strength has spawned a wave of initial public offerings (IPO), as well as several rumored ones. Last fall saw three such offerings, led by kindergarten operator RYB Education Inc., whose shares initially soared after its September IPO before dropping sharply after one of its schools landed at the center of an abuse scandal. The other two, Rise Education Cayman Ltd. and Four Seasons Education, have also posted mixed performances, and now both trade near their fall IPO prices. Several other companies are also reportedly in the process of launching listings.

The latest wave of offerings could be partly cyclical, following two earlier waves dating back to New Oriental’s IPO back in 2006, said Roger Hu, managing director at Christensen, an investor relations specialist. The last wave before the current one came in 2010, when TAL was one of several companies to list.

“It's been 7 years since the last big education IPO cycle,” he said. “The market is huge.”