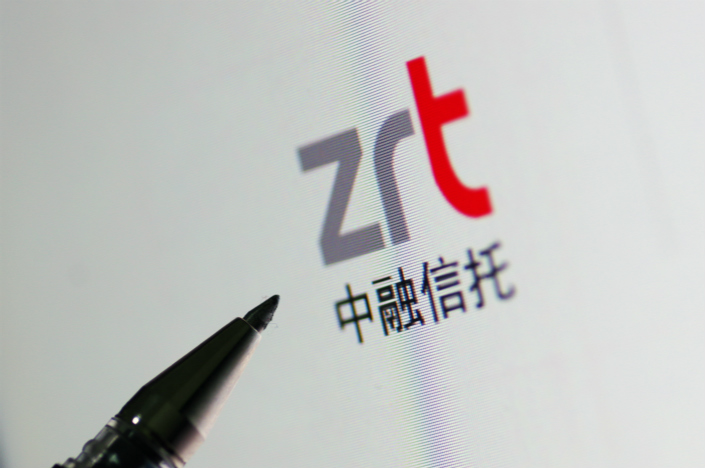 Yunnan Capital was due on Dec. 15 to repay the interest and capital on part of a 900 million yuan trust loan from Zhongrong International Trust (pictured). Photo: IC

A state-owned investment company that missed two deadlines to repay almost 1 billion yuan ($155 million) in capital and interest on trust loans due in December has raised the money and paid the debt, averting a default that threatened to jolt already fragile financial markets in China.

Yunnan State-Owned Capital Operation Co., an investment and fundraising vehicle for state-owned enterprise reform owned by the Yunnan provincial government, made the repayment on Tuesday to Zhongrong International Trust, the two companies confirmed to Caixin. An official at Yunnan Capital, who declined to be identified, would not reveal the source of the funds and would not comment on documents seen by Caixin that the Yunnan State-Owned Assets Supervision and Administration Commission had agreed to inject funds into the company. But he said the company would not face further liquidity problems.

Speculation has been increasing that the authorities will allow defaults by local government financing vehicles (LGFVs) and their related entities this year as they intensify a campaign to control the growth in public borrowing and crack down on risks in the shadow banking industry. The central government has warned investors in risky debt that they can no longer rely on the implicit guarantee that the authorities will bail them out. But local governments, wary of the negative impact a default might have on other local investment vehicles, often work behind the scenes to arrange for some kind of rescue.

“The crackdown on shadow banking activities is squeezing funding channels for local government financing vehicles and companies that function as LGFVs, and many of them have a poor fundamentals,” said Ivan Chung an associate managing director and head of Greater China Credit Research and Analysis at Moody’s Investors Service. “Government policy doesn’t allow local governments to offer explicit guarantees or a direct bailout any more so it’s forcing them to come up with new ways to rescue these companies and platforms.

“That could involve a capital injection from a local state-owned assets commission or funding from other state-owned enterprises. But the ability and resources of each platform to raise money varies, so that will cast uncertainty over whether they can get external financial support to repay their debts in the event of a default.”

Yunnan Capital was due to repay the interest and capital on part of a 900 million yuan trust loan from Zhongrong International Trust, based in Harbin in China’s northern Heilongjiang province, on Dec. 15. It postponed the repayment until Jan. 10 due to insufficient funds but also failed to meet that deadline. It also failed to repay a portion of another 600 million yuan product due on Dec. 15.

News of the delay at the end of last week triggered unease in the markets, with yields on debt owed by Yunnan state-owned entities rising. The yield on Hong Kong-traded five-year U.S. dollar bonds of Yunnan Energy Investment Co., which is also owned by the provincial government, jumped to 4.567% on Monday from 4.476% on Friday, the biggest increase since the notes were issued in November.

Yunnan Capital had a credit rating of AA from Chengxin Credit Rating Group, the agency’s third-highest ranking. But at the end of March, it had debts of 41.9 billion yuan and a debt to assets ratio of 78%, according to a Chengxin report published in July, but reported a profit of just 371 million yuan in 2016.

The report said the company took over five bonds with a total face value of 6.3 billion yuan from Yunnan Coal Chemical Industry Group Co. in the second half of 2016 after the miner entered bankruptcy and restructuring proceedings, and that it faced debt repayments totaling 9.45 billion yuan in 2018.

Yunnan Capital was set up in 2011 as a state-owned equity investment company to handle SOE reforms through capital operations and investment management, according to its website. Its main activities involve investment and fundraising, equity management, asset management and strategic research.