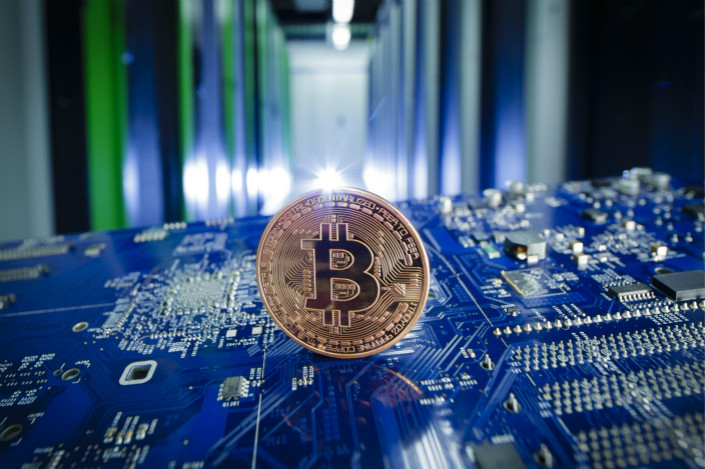 Bitcoin fell as low as $10,195 early Wednesday Beijing time, amid a slump of the world’s top 20 cryptocurrencies that began earlier in the week. Photo: Visual China

Prices of the world’s biggest cryptocurrencies plunged over the past 24 hours as the sell-off that began on Monday deepened, with bitcoin, the largest by market value, tumbling as much as 28% at one point to a near seven-week low, according to data from CoinMarketCap.

By around 1 p.m. Beijing time on Wednesday, all of the top 20 cryptocurrencies had fallen, while 92 of the top 100 saw double digit declines, according to U.S.-based CoinMarketCap, a website that tracks digital currencies based on price information from more than 7,000 exchanges. The biggest drop was seen in Ardor, ranked 24th by market capitalization, which at one point sank by more than 35%, the data show.

Bitcoin, the first and most widely traded cryptocurrency, a form of digital money that can be exchanged securely and anonymously, slumped to $10,195 early Wednesday morning Beijing time, although it has since recovered to $10,926, and has now fallen by almost half from its peak of $20,089 reached on Dec. 17.

The sell-off, which began Monday evening U.S. time, comes amid growing signs that regulators around the world, notably South Korea and China, are planning new restrictions on the trading of these digital assets because of concerns they are being used to launder money, evade taxes and engage in speculation.

China has been a dominant source of bitcoin mining and cryptocurrency trading. But Chinese authorities last year started to crack down on the industry. It banned exchanges on the Chinese mainland, although many firms continued to serve customers through over-the-counter trading platforms, while investors have also formed groups on social media to carry out private trades.

Earlier this week, Bloomberg News reported that the Chinese government plans to block access to domestic and offshore platforms that enable centralized trading, citing unidentified sources familiar with the matter. They will also target individuals and companies that provide market-making, settlement and clearing services for centralized trading, although small peer-to-peer transactions won’t be affected, it said.

The Securities Times, an official newspaper in China, carried a report on Tuesday that the government would impose further restrictions on trading cryptocurrencies, citing a source close to a central bank-led committee on internet financial risk.

Government agencies including the People’s Bank of China, the Cyberspace Administration of China, the Ministry of Industry and Information Technology will increase their supervision over domestic over-the counter trading platforms, peer-to-peer networks involving large trades, and firms registered in the country that provide centralized trading services to local customers through their overseas platforms, the paper said.

Chinese regulators are not alone in their increasing unease over cryptocurrencies. On Jan. 11, South Korea’s justice minister said the ministry was considering legislation to ban cryptocurrencies from being traded on domestic exchanges to curb speculation.

Last month, both the German and Italian governments said they welcomed a proposal by France’s Finance Minister Bruno Le Maire to discuss joint regulation of bitcoin at a summit of the Group of 20 nations in April.

In a related move to cool the frenzy over blockchain, the technology that underpins cryptocurrencies and which is now being adopted by companies in other industries, the Shenzhen Stock Exchange also announced Tuesday that it would increase supervision over companies that have announced new blockchain ventures amid a surge in the value of so called “blockchain concept” shares. The stock exchange said some companies have already been sent questionnaires on their use of blockchain technology, and others have had their shares suspended while inspections are carried out.