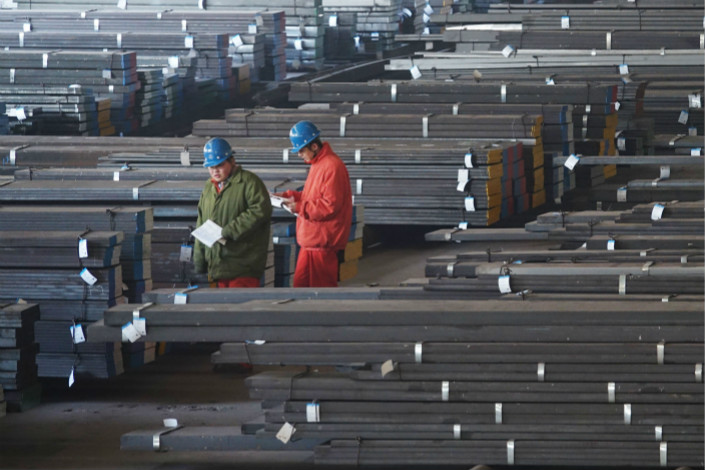 Baotou, an industrial city in northern China, is the third local government this month to come under the spotlight for falsifying data, renewing concerns about the reliability and accuracy of the country’s official economic and financial statistics.

The recent spate of admissions has involved the inflation of fiscal revenue, industrial output and gross domestic product (GDP) data. The revelations have triggered speculation that the confessions are related to the growing gap between the income and expenditure responsibilities of local governments as economic growth has slowed. The theory is that demonstrating weaker fiscal income may strengthen local officials’ case when seeking higher transfer payments from the central government.

However, although weakening finances may play a role, local governments are also being forced to come clean as a result of investigators dispatched by the central government to monitor their activities and an ongoing overhaul to the country’s statistical system. In addition, the declining weight given to high GDP growth in the assessment of local officials’ performance amid a shift in the Chinese leadership’s priority to quality rather than quantity of economic expansion, may also be a factor.

“With the evolution in (the government’s) view about economic growth, performance appraisal and some degree of self-reflection by local governments, officials will not be as keen to pursue overly high increases in economic growth or fiscal revenue in the future,” Zhao Fuchang, director of the Center for Public Finance and Governance Studies of the Chinese Academy of Fiscal Sciences (CAFS), a government think tank, told Caixin. “We can’t rule out that more local governments will wring out inflation in previous data.”

The central government is well-aware of the problem of data manipulation and the National Bureau of Statistics (NBS) has made and continues to make changes to how it collects information from local governments to prevent abuses. The National Audit Office (NAO), the government’s spending watchdog, and the Central Commission for Discipline and Inspection (CCDI), the anti-corruption agency, also investigate the problem as part of their duties.

In December, a report (link in Chinese) by the NAO on government finances criticized cities and counties in Chongqing and the provinces of Yunnan in the southwest, Jilin in the northeast, and Hunan in central China for inflating their fiscal income.

Problems in Liaoning, one of the three rustbelt provinces in northeast China, were first revealed by its new governor back in January 2017 in a work report to the provincial legislature. The People’s Daily, the Communist Party’s official newspaper, reported that inspectors from the CCDI had found “data fabrication widely exists in the entire province of Liaoning.” An NAO report in 2016 highlighted that local officials in the region “adopted various methods” to exaggerate figures “in a wide range of areas for a long period of time” and that the inflation of the data mounted year by year from 2011 to 2014.

The Inner Mongolia Autonomous Region in northern China, and the Binhai New Area, an economic zone in the northern port city of Tianjin, both acknowledged through official media reports earlier this month that they had significantly exaggerated figures including fiscal revenue, industrial output and GDP,

The Binhai New Area revealed it had lowered its 2016 GDP by 33.4% due to a change in its method of calculation as well as an effort to “wring out data inflation.” It explained that the new figure only included the economic activity actually generated in the area, rather than the entire activity of companies registered locally even if it was carried out elsewhere, an accounting method that the NBS has long required.

The revelation by Baotou came in a work report submitted to local legislators and posted on its website earlier this month. The mayor, Zhao Hongtao, said fiscal revenue had been inflated in 2016 and the revision of the numbers meant that fiscal income in 2017 had slumped by 49.3% to 13.76 billion yuan ($2.1 billion). A Caixin calculation based on the figures provided in Zhao’s report showed that Baotou’s actual fiscal revenue in 2016 was about 13 billion yuan, less than half of the 27.1 billion yuan stated in the previous government work report.

Li Xiaochao, a deputy head of the statistics bureau, said in a statement in October that the NBS will implement changes in 2019 that will give it control of organizing the statistical work of provincial-level regions, a move that is expected to reduce local authorities’ interference with data reporting. He said the overhaul aims to ensure that the total size of regional GDP is “basically consistent” with the NBS’ figures.

For years, the value of the combined GDP reported by the country’s 31 provincial-level governments has far exceeded the national figure reported by the NBS, leading to claims of data manipulation at the local level. The divergence narrowed in 2016 amid the central government’s efforts to contain fabrications, with the regional total amounting to only 2.8 trillion yuan ($434.8 billion), or nearly 4%, more than the NBS’ result, down from a difference of 4.7 trillion yuan in 2015 and 4.8 trillion in 2014, according to an earlier report from China National Radio.

Pressure may also reduce on local officials to manipulate data to help their promotion prospects as the central authorities have indicated that they will place less emphases on quantitative targets, said Zhao Quanhou, head of the CAFS’ Center for Financial Studies.

“The binding targets on fiscal income set in previous years are now becoming more like forecasts, which has eased the problem of inflated fiscal revenue to some extent,” Zhou said. “But it’s going to take time to digest the effects of the inflated figures from previous years.”