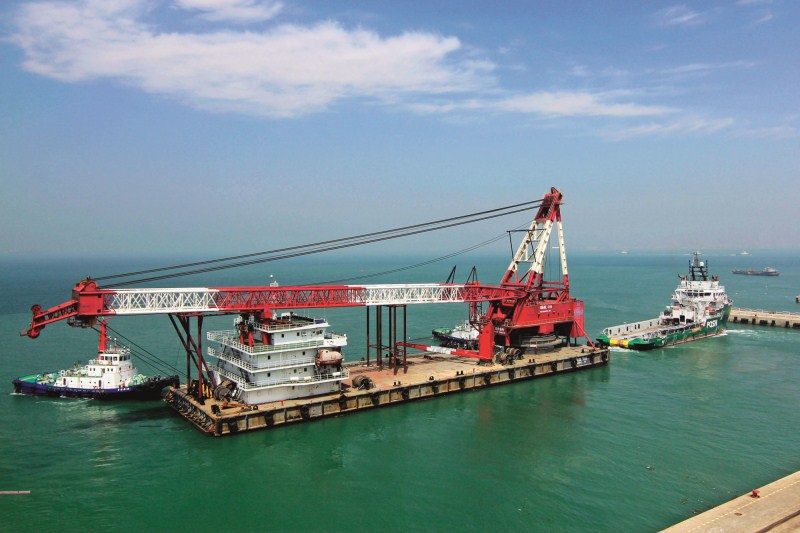 Experts at a global economic forum talking about One Belt, One Road projects warned against politically-motivated “white elephants” that eat up huge investments only to end up largely unused.

(Davos, Switzerland) – Sustainability is the key to developing projects for China’s “One Belt, One Road” initiative, calling for participation from a wide range of private-sector and government partners to make individual investments succeed, experts said at a global forum on Wednesday.

The Chinese initiative, often called Belt and Road, has drawn widespread global attention since it was first announced in 2013, with an aim of developing infrastructure along the land-based ancient Silk Road and a parallel maritime route connecting China and Europe. Chinese companies have flocked to the initiative, and a growing number of developing and developed nations are also hoping to get a piece of the work involved in such massive infrastructure development.

While Chinese companies have been most active in the initiative, a growing number of major global infrastructure-building specialists such as General Electric and Siemens are also finding a place at the Belt and Road table. Financiers of such projects could include the recently founded Asia Infrastructure Investment Bank (AIIB) and sovereign wealth funds from countries like China and Russia, said officials from those sources, speaking at a Belt and Road panel at the annual World Economic Forum taking place this week in Davos, Switzerland.

Those leaders all emphasized that a variety of government and private-sector players are needed to make Belt and Road projects succeed over the longer term and avoid the building of politically-motivated “white elephants” that eat up huge investments only to end up largely unused.

“For Belt and Road projects … broad consultation is really the key. If you don’t engage the public sector, private sector … it would be hard to prevent creating this kind of white elephants,” said AIIB President Jin Liqun. “(We) are very careful before we put our resources in any project. Working with us you’re safe.” The institution Jin leads was founded in 2016, led by China, and in December announced its first loan in China, a $250 million loan toward the construction of gas pipelines.

Jin added that the macro situation is also critical, as individual infrastructure projects like power plants or dams may rely on related infrastructure like roads and airports in order to be successful.

Inclusion of big multinationals with experience developing infrastructure in other countries is also critical, along with local partners who can ensure that projects are operated effectively after building is complete, said Michael Burke, CEO of AECOM, which designs, builds and operates such offshore infrastructure assets for other governments.

“We’ve found that collaborating with state-owned enterprises … many have extraordinary capability of building infrastructure in their own countries. But when they go into other countries they need collaboration from companies like ours,” he said.