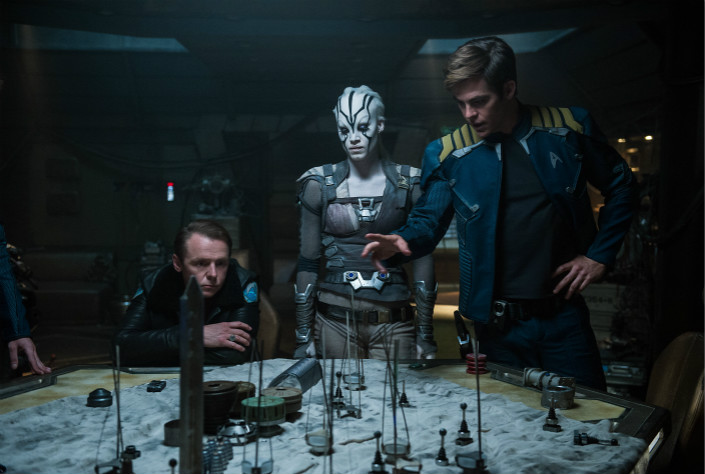 A still from the movie "Star Trek Beyond," which was produced by Skydance Media, the company in which Tencent recently bought a minority stake. Tencent Holdings Ltd., which owns the popular WeChat messaging app and three major music streaming platforms, is well on its way to establishing a media empire spanning video games, feature films, and book adaptations. Photo: VCG

The investment is part of a partnership that will see Tencent co-financing Skydance films and marketing Skydance products in China, the statement said.

No amount was disclosed in the statement, although the Los Angeles Times reported that Tencent was buying a 5% to 10% stake in Skydance, citing a source close to the deal.

Skydance is currently involved in the production of sequels to the “Mission: Impossible” and “Terminator” franchises, and has also produced TV series for Netflix and Amazon.

Tencent’s Chief Strategy Officer James Mitchell said the partnership is expected to “provide Tencent with attractive content that we can share with China consumers,” and that Skydance had significant experience “in the action and science fiction genres, which are particularly popular in China.”

The Skydance deal will be the latest of Tencent’s recent forays into Hollywood. In May, Youth Tencent Pictures, a Tencent Pictures offshoot targeting younger audiences, secured backing from Fox International Productions for a series of online animated films. Tencent Pictures has also backed foreign films like “Wonder Woman” and “Kong: Skull Island.”