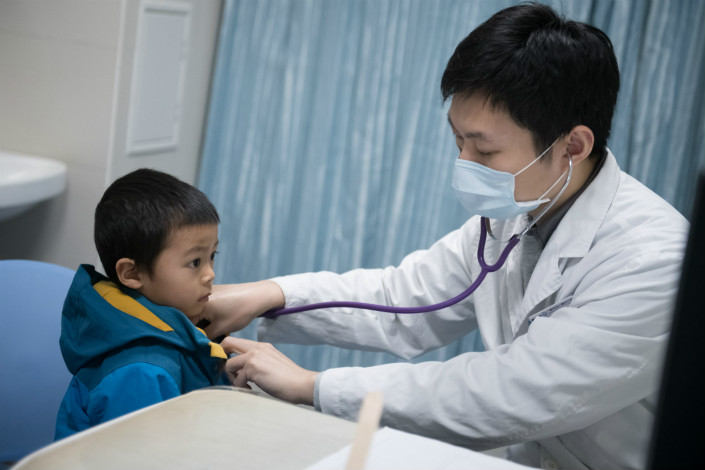 Doctors and pharmacists in China have raised concerns about Pidotimod, an immunostimulant widely prescribed to Chinese children. The drug was developed by Swiss pharmaceutical firm Polichem. Photo: VCG

The Swiss developer of a controversial pediatric drug has defended its safety and vowed to further demonstrate its efficacy, after pharmacists and doctors in China raised concerns about the medicine.

The drug, Pidotimod, is an immunostimulant widely prescribed to Chinese children for various conditions, including respiratory and skin problems. But some health care practitioners said the manufacturers have overstated its effectiveness.

Immunostimulants are substances that stimulate the immune system, activating or increasing the activity of any of its components.

Pharmaceutical firm Polichem S.A. on Monday said that Pidotimod has been approved and launched in 23 countries, and that clinical trials have been published by several journals and databases.

Pidotimod has not been approved by the U.S. or European drug regulators.

The drug was first approved by the China Food and Drug Administration in 2014, and now several drugmakers — including the state-owned China Resources Sanjiu Medical & Pharmaceutical Co. Ltd. — are producing it in various forms including capsule, tablet and injection.

The drug achieved sales of around 4 billion yuan ($631 million) in 2016, according to an estimate by Ji Lianmei, a pharmacist at United Family Healthcare, a private hospital chain based in Beijing, who in December publicly expressed skepticism regarding academic support for the drug.

Ji claimed Pidotimod is over-prescribed because Polichem claims it can effectively treat a wide variety of symptoms, making it an “elixir” for doctors. However, Ji argued that there aren’t solid lab results to support the maker’s claims.

After searching foreign health care databases such as PubMed and Cochrane, as well as the domestic ones including CNKI, Ji said she didn’t find reliable clinical research that upholds its effectiveness and safety.

A doctor surnamed Zhai wrote on his Sina Weibo microblogging account in May that “Pidotimod is of no use.” In 2015, pediatrician Pei Honggang wrote an article questioning the drug’s value, saying that major studies of the drug were not reliable or involved too few participants.

Polichem said Monday it would demonstrate the efficacy of Pidotimod through “various methods.”

Nanjing Hicin Pharmaceutical Co. Ltd., one of the main producers of the drug in China, said that the drug had been on the market for years and worked well for children who repeatedly suffered from colds, the state-run Xinhua News Agency reported.

Another producer, Jiangsu Wuzhong Industrial Co. Ltd., said the drug had been approved by the China Food and Drug Administration and its efficacy had been confirmed in clinical studies, according to Xinhua.