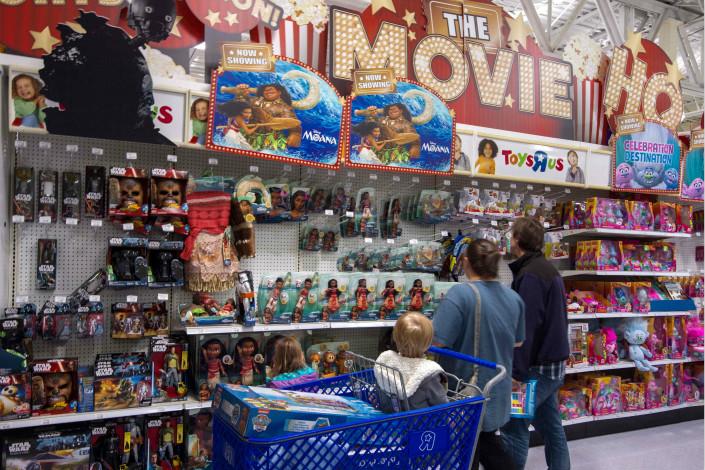 Shoppers at a toy store in Fairfax, Virginia, examine Mattel Inc. toys on Oct. 23. The first product of a newly announced joint venture between Mattel and NetEase Inc. will be based on the Mattel game Uno, which is being developed as a mobile app. Photo: VCG

Global toy-maker Mattel Inc. announced a new digital-products joint venture with Chinese gaming giant NetEase Inc., as the U.S. firm tries to recast itself as a high-tech leader and major player in China.

The new joint venture, Mattel163, will be a “world-class publishing and development studio,” creating a wide variety of digital products based on the U.S. partner’s well-known brands such as Barbie dolls and Hot Wheels cars, the company said in an announcement on Tuesday.

Financial details were not disclosed.

The joint venture’s first product will be based on Mattel’s game Uno, now available on Facebook Messenger and being developed as a mobile app. Mattel163 will later seek to create more mobile games and educational apps based on its brands, the company said.

The name “Mattel163” combines the U.S. firm’s brand with one of NetEase’s brands, based on its original 163.com website. From its roots as a web portal operator, NetEase has evolved into the country’s second-largest game publisher, developing some of China’s most popular homegrown games. It is also active in online education with its massive open online courses.

After experiencing declining sales and profit for the past four years, Mattel has been actively seeking Chinese partners as part of a push to reverse its fortunes. China has become one of the world’s largest toy markets over the last decade, fueled by the country’s now-defunct one-child policy, which prompted parents to spend lavishly on the latest high-tech toys for their sole offsprings.

It said last year that it could boost its China sales by three to four times their current levels by 2020 if it executes well on a broader strategy to create a more-integrated ecosystem of high-tech toys and related services.