By Li Mingming and Lin Jinbing 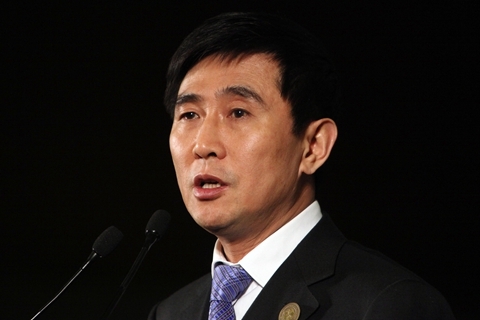 As a result of violating information disclosure rules, Founder Group and Founder Securities were each fined 600,000 yuan last year.

Wei, 63, joined Founder Group, with businesses in IT, healthcare, real estate, finance and commodities trading, in 1999, first as vice chairman. He had been teaching in Peking University since 1992 and served as the executive vice-president of the Graduate School of Education since 1999.

In late 2014 and early 2015, some of Founder Group's former top executives, including Wei and former CEO Li You, were detained by police for questioning, linked to a graft investigation into high-ranking government officials. Since then, the company had gone through a reshuffle. The company appointed a new chairman immediately after Wei was detained by police.

Peking University owns a 70% stake in Founder Group and 30% is owned by its management team. In 2016, it made 82 billion yuan in revenue and owned total assets worth 239 billion yuan by the end of the year, its website said.

Founder Securities' shares in Shanghai rose 1.3% on Friday to 6.95 yuan.