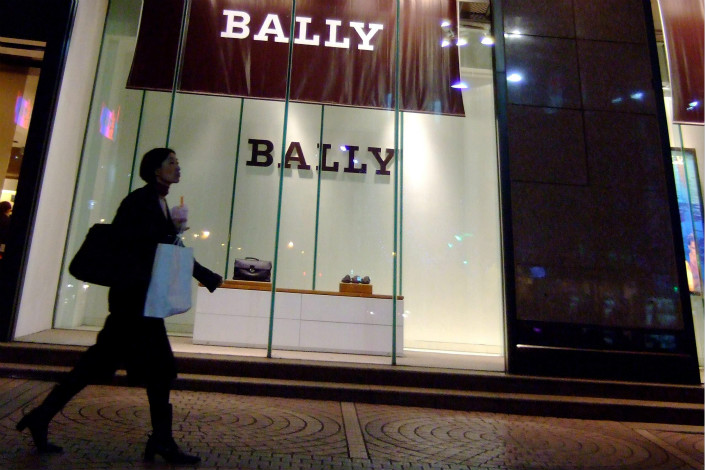 Bally’s owner, JAB Holding Co., will “retain a minority interest in the company” after the deal is completed, and Bally will retain its head office and main factory in Caslano, Switzerland, according to a JAB statement.

The financial details of the deal haven’t been disclosed.

The transaction came “at a time of strong, continuous growth for Bally driven by all regions, notably Asia,” JAB said.

The Chinese mainland is Bally’s largest single market, accounting for more than 20% of sales globally. The company will open more physical stores in China, with a focus on larger cities, Bally CEO Frederic de Narp told Caixin in an interview last year.

“The arrival of Shandong Ruyi Group and their vision will significantly accelerate our growth in key segments and territories as we complete the turnaround of this iconic brand,” de Narp commented after the acquisition was announced.

Shandong Ruyi had to beat other suitors to win Bally. De Narp told Caixin that the company has attracted interest from potential buyers in China, the U.S., Europe and the Middle East. Chinese pharmaceutical-to-finance conglomerate Fosun Group was also one of those vying for the luxury brand, according to Bloomberg.

The deal is Shandong Ruyi’s latest purchase in a series of global shopping spree. The group first made an international splash by acquiring French fashion group SMCP, the owner of Sandro, Maje, and Claudie Pierlot, in 2016. A year later, it picked up British luxury-coat-maker Aquascutum and menswear retail company Trinity.

Shandong Ruyi Chairman Qiu Yafu said that the deal is “an important milestone for Shandong Ruyi Group” as it seeks to become “a global leader in the fashion apparel sector,” and the company will support Bally “in achieving its continued growth and enhancing its brand globally.”