Heat Turns Up on Solar Panel-Makers 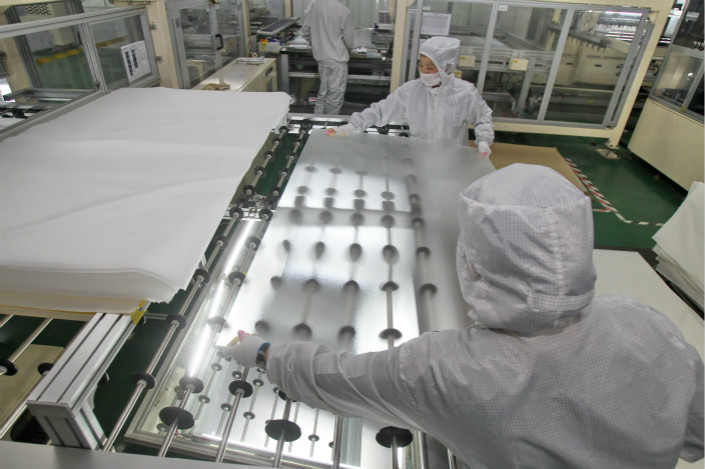 China’s new energy regulator has raised the standards for manufacturers of solar panels and their components, aiming to boost product quality, lower financial risk and drive consolidation in the oversupplied sector.

China now provides more than half of the world’s solar panels, following an aggressive build-up over the last decade as Beijing and local governments gave generous incentives to boost the sector. But the buildup has led to a global supply glut, raising objections from competitors outside China and prompting the U.S. and European Union to launch punitive tariffs and similar measures.

In a bid to boost quality and drive consolidation in China, the Ministry of Industry and Information Technology (MIIT) has released new guidelines governing the installation of new capacity and also standards for existing capacity, according to a document released on March 1. The release updates an original version governing industry standards issued in 2013, and a previous set of updates made in 2015.

In addition to raising technology standards, the new document also raised financial standards for investment in new solar panel capacity. The MIIT said builders of new capacity will have to provide 30% of project financing from their own resources, up from a previous 20%. It added that product development and design improvement expenses could be no less than 3% of a company’s total sales.

The ministry rolled out the new standards as China has embarked on its own massive building spree for new solar farms, partly to support domestic manufacturers and also to develop renewable energy at home. That spree saw China add about 53 gigawatts of new capacity last year, up 53.6% from a year earlier, bringing the nation’s total to 130 gigawatts. But some of those farms have been problematic due to poor project design, resulting in some of the new capacity going to waste.

Analysts said most of China’s top manufacturers already meet the new standards and thus shouldn’t have any problems complying with the latest document. The new standards are mostly aimed at controlling the addition of new capacity and ensuring product quality, with an aim of eliminating outdated products and driving consolidation, Pacific Securities said in an analyst note.