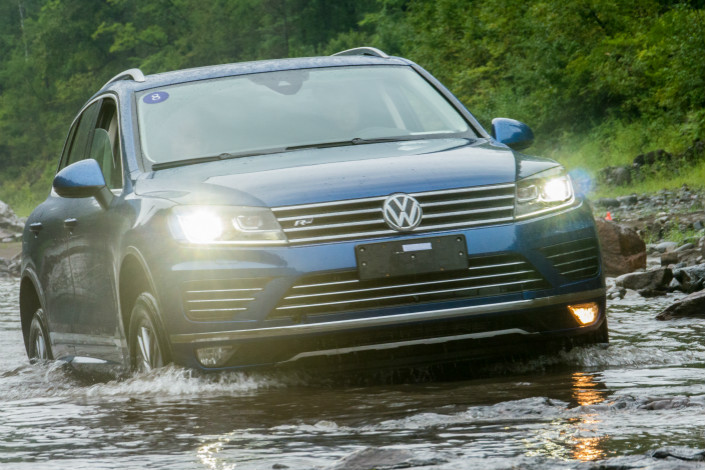 Volkswagen AG has apologized for an engine defect in one of its SUV models after facing criticism from a Chinese TV program which exposes corporate misconduct in the country.

“We are sincerely regretful that the faulty drain valves in the Touareg SUVs have caused inconvenience to our Chinese costumers,” Volkswagen said in a statement late Thursday.

The German automaker made the statement after it was singled out by China Central Television in an annual consumer rights program, which aired that night.

According to the show, multiple drivers have complained that the engines of their Touaregs suddenly cut out while they were on the road, and 51 car owners have since filed a class-action lawsuit against the German carmaker.

Volkswagen said it would offer one-on-one assistance to the affected car owners.

The automaker, which sold the most cars of any foreign automaker in China last year, has been embroiled in a series of product recalls over the last few years. In September, it said it would recall more than 1.8 million cars in China due to a fuel pump defect.

The claims made in the TV show aren’t new, as Volkswagen said earlier this month it is recalling 331,000 Touareg units manufactured between December 2014 and November 2017. The recall comes after China’s consumer product quality watchdog found out the drain valves do not allow water to clear out of the engine properly and could potentially lead to safety problems.

Domestic bike-sharing start-up Kuqi Bike was also named and shamed in this year’s show for failing to refund user deposits due to its liquidation.