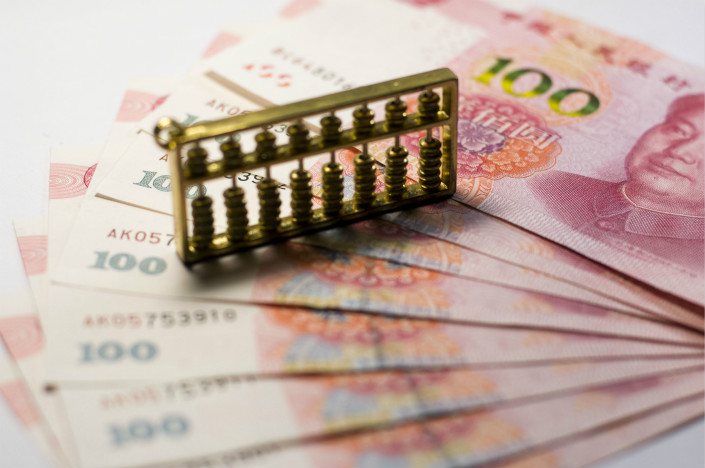 The China Banking Regulatory Commission said it wants to ensure the overall volume of individual loans of 10 million yuan ($1.58 million) or less to micro and small enterprises grows at least as much at the growth rate for overall loans. Photo: VCG

The banking regulator refined its program for boosting loans to micro and small enterprises (MSEs) in an effort to improve financing for such smaller entities that are often overlooked by traditional lenders.

The China Banking Regulatory Commission (CBRC) on Monday said it wants to ensure the overall volume of individual loans of 10 million yuan ($1.58 million) or less to MSEs grows at least as much at the growth rate for overall loans. At the same time, banks should maintain or increase the number of MSE accounts they served in the previous year.

The targets of ensuring that MSE loan and account growth at least match the overall market reiterate the regulator’s previous guidelines given out in 2015. But the addition of targets focused specifically on loans less than 10 million yuan is new.

The CBRC has set targets for loans under a specific amount because commercial banks were often giving very large loans to MSEs or favoring relatively larger enterprises to meet their targets, said Wang Fuling, an expert at the Industrial and Commercial Bank of China’s (ICBC’s) inclusive finance department.

China’s banks have traditionally focused most of their lending on state-owned enterprises due to their own state-owned background. That has left more entrepreneurial MSEs with few options for borrowing from such official channels, often forcing them to turn to less-official, gray-market sources that charge high interest rates and often aren’t well-regulated.

To achieve targets for lending more to MSEs, many banks have relaxed their own asset-quality requirements. But inexperience in the area has led to more bad loans, driving up the cost of borrowing and making it even harder for MSEs to access financing, an employee at a rural bank told Caixin.

Size-based classification of enterprises in China follows 2011 rules on small and midsize enterprises (SME) laid out by the Ministry of Industry and Information Technology (MIIT). But the MIIT’s classification — which looks at factors such as size of assets, revenues, and number of employees — differs from how financial institutions view such accounts, which is typically based on the amount of credit extended, ICBC’s Wang said.

Some MSEs can obtain loans of billions or even tens of billions of yuan, making them major accounts for banks even though they are small companies under the MIIT’s classification, Wang said. Lacking the resources to make lots of smaller loans to a large number of accounts, many banks often prefer to extend such large loans to companies classified as MSEs to meet their review targets, he added. But such an approach ultimately fails to achieve the original intention of the policies, he said.

At the end of 2017, outstanding loans to MSEs totaled 30.74 trillion yuan, up 15.14% year-on-year, and 2.67 percentage points faster that the overall lending growth rate, according to data from the CBRC. The number of accounts served totaled over 15.2 million, up nearly 1.6 million from the previous year.

The CBRC announced the new policies as it prepares to merge with the China Insurance Regulatory Commission, under a major government overhaul announced last week.