By Li Xin and Wei Xiding 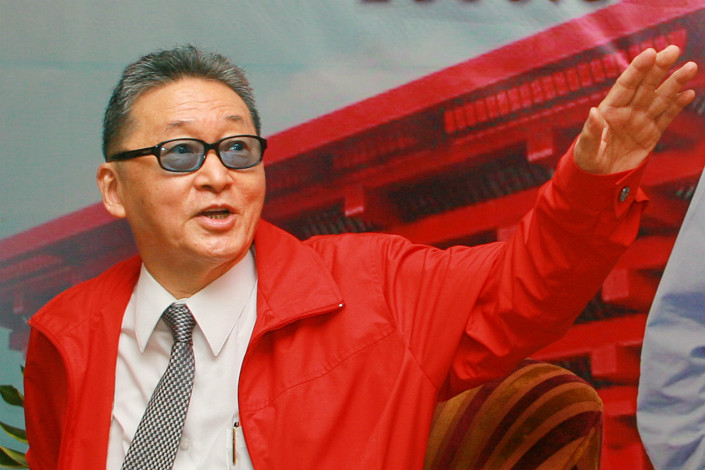 Taiwan author Li Ao, who died March 18, was described by his former publisher as courageous, intelligent and humorous. Photo: VCG

Li Ao is one of the most controversial figures both in Taiwan and on the Chinese mainland. The Heilongjiang province-born writer’s 200 books cover subjects as diverse as literature, political essays, academic studies and biographies. His willingness to broach sensitive political issues have seen 96 of his book banned by the Taiwan government over the course of his career. However, his novel “Martyr’s Temple” saw him nominated for the Nobel Prize in literature in 2000. He has also gone beyond writing, running for the island’s top political office and for mayor of Taipei.

Li’s works are well-known for explicitness and incisiveness, especially his political essays. He wrote most of his important work while Taiwan was under the dictatorship of the Kuomintang, led by Chiang Kai-shek and Chiang Ching-kuo prior to democratization in 1991. He wrote essays that attacked dictatorship and advocated freedom of speech and a democratic political system. His work as a dissident writer continued even during long stretches of imprisonment in the 1970s and early 1980s.

The excerpts below featuring his controversy and characteristics are from the perspectives of Li Xin, formerly of the SDX Joint Publishing Co., who published more than 10 of Li Ao’s books and worked with him for 28 years.

Li Ao died in Taipei of brain cancer on March 18.

Li Ao was a controversial man. Through his entire life, he was most criticized for his way of boasting, his bold attitudes toward sex and women, and the claims he stole his friend’s property.

On the one hand, bragging was part of his jocular manner. Sometimes he would say, “Whenever I am looking for someone to admire, I look in the mirror.” This bluster and boasting was his humorous way of self-appreciation, which was really not that narcissistic given that he really was wise, brilliant, and brave. He used this showy way to describe his talent just to attract people’s attention, like a child longing for praise and attention. On the other hand, this was the only way to fight suppression from the Taiwan government. Due to his aggressive criticism and comments directed toward the government, his books were banned, he went to jail, and his voice disappeared from the public arena. Under these circumstances, he resorted to boasting to draw attention and sell books.

In many people’s minds, Li was a playboy. However, his bold and open attitude toward sex does not mean that he was a lecher. He usually talked about different women and what happened between them and him — even in a detailed way — because he was willing to discuss such intimate topics in public while others were too discreet to mention them. When he was young and single, he had many girlfriends who were also single and wished to marry him. But he never cheated on Wang Xiaotun after he married her.

The charge that he betrayed his friend and stole his property is perhaps the personal matter that has drawn the most public ire. Xiao Mengneng, one of his friends, went abroad to prepare to emigrate and put two houses and some paintings under Li’s temporary custody. However, when Xiao returned three months later, Li refused to give them back, so Xiao took him to court.

According to Li, Xiao planned to move abroad and leave his wife at home so he could marry another woman. Li said he felt it was unfair to leave her without a share of the marital assets. So he paid the mortgage on their houses and prepared to give them to Xiao’s wife. When Xiao returned and asked for the houses back, Li said that they would be returned to Xiao only if he reimbursed him for the mortgage payment. Xiao refused and took Li to court. Li lost the lawsuit and was sentenced to six months in prison in 1980. However, the Taipei high court reassessed the sentence in 1988 and proclaimed that Li had been wrongly convicted.

Li said that his advantage over his peers was that he outread them — he claimed to have read some 20,000 books.

He was also a productive writer and editor. Apart from publishing about 200 books, he also edited the political magazines Qianqiupinglun and Wansuipinglun, both of which had about 40 issues.

His academic research mainly focused on China’s modern and contemporary history and attracted significant attention both in Taiwan and the Chinese mainland.

“Fearless” and “distinct” were the two most appropriate words one could use to describe Li.

He was courageous enough to continue to write and publish his books even after 96 of them were banned. He faced being sent to prison under a then-law in Taiwan that said that those who advocated views seen as being excessively left-wing be imprisoned for more than seven years. He also faced the risk of being assassinated for his political views.

Although he often criticized others and was independent of all political parties, he still had many friends in different parties. They may have had different views on politics, but they still respected each other and valued the friendship.

The other major facets of his personality were his intelligence and humor. I once asked him why he brought Taiwan historian Xu Zhuoyun to court, accusing him of slander, while he had let others get away with making similar remarks. He answered quickly, “Cats only catch rats instead of cockroaches.”

He was also warmhearted and called himself “the tyrant of kindness.” On the one hand, he hated injustice and evil; on the other hand, he was grateful and did whatever he could to return people’s kindness toward him.

Li once helped the desperate wife of his imprisoned teacher, Yan Qiao, with a plan. Yan’s younger sister was married to a man called Gu Zhenfu, whom Yan’s wife had asked for help paying the bills. Gu refused. So Li bought stock in Gu’s company and then threatened to reveal to other shareholders that Gu had broken the law. Gu immediately gave Li a large sum of money to keep him quiet and keep the affair out of the courts. Li immediately gave that money to Yan’s wife, who had had to turn to domestic service to keep food on the table.