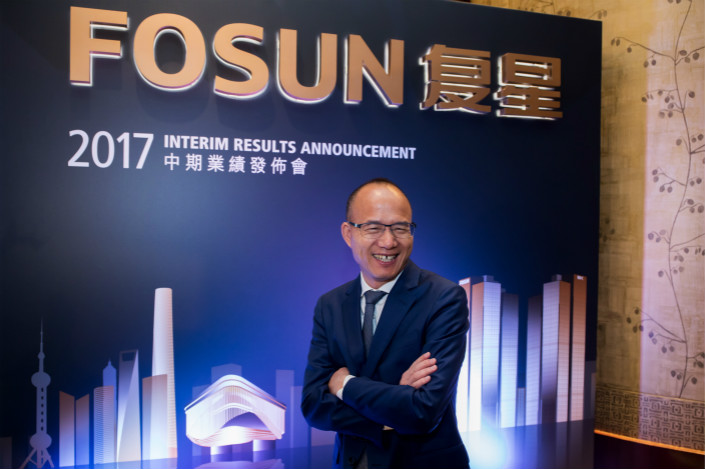 Although profit growth has slowed every year since 2015, the company achieved strong growth in revenue, with a total income of 18.5 billion yuan in 2017, up by 26.7% from a year earlier — the fastest growth since 2013.

Revenue from drug production, which accounted for more than 70% of total income, increased by 28.6%, faster than that for medical services and medical devices — Fosun Pharma’s two other key businesses, which achieved annual growth of 24.5% and 20.7% respectively.

Coinciding with the earnings report was the resignation of Guo Guangchang as the firm’s nonexecutive director and a member of the Strategic Committee. Guo, a co-founder and the chairman of Fosun Pharma’s parent, Fosun Group, will focus on the latter, which has become a multisector conglomerate through years of mergers and acquisitions.

Guo has shed his duties at several Fosun subsidiaries in recent months, including the chairmanship of Fosun’s tech unit and as the legal representative of an investment arm.

In 1992, Guo founded Fosun Group with several other alumni of Shanghai’s prestigious Fudan University. The firm started as a technology consultancy and entered the pharmaceutical business two years later. After making heavy investment in research and acquisition, the drug unit has become Fosun’s key arm, with an international portfolio.

It acquired Sisram in 2013 and made it the first Israeli firm to list in Hong Kong last year. Gland Pharma, of which Fosun acquired 74% for $1.1 billion last year, has been the largest overseas investment by a Chinese firm in the pharmaceutical sector.

It said in the earnings report that the firm had a “mature logic” in selecting acquisition targets, and integrates itself with the purchased firms for research, production, sales and services.