China Chips Away at Coal Inefficiency 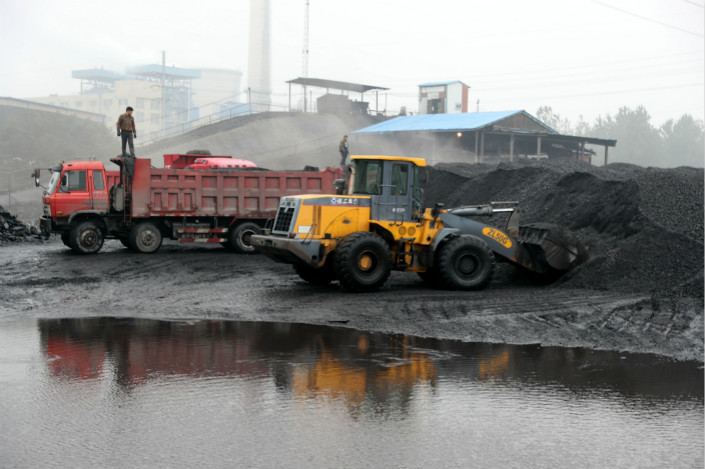 A coal storage yard is seen at a coal mine in Huaibei, Anhui province, in October 2016. Photo: VCG

China made major progress in a campaign to improve efficiency in its coal sector last year by shutting down smaller mines and expanding larger ones to concentrate the sector in a smaller number of major mining companies, according to an industry report published Thursday.

“2017 was an extraordinary year for development of the coal industry in China,” said the annual report on China’s coal industry, put out by the China National Coal Association and published on the China Electricity Council’s website. It added that during the year, the industry made big strides toward structural reform and improvement of overall quality.

China has embarked on a program to overhaul its coal, steel and other commodity sectors over the last few years through a process of consolidation, often involving mergers of the biggest companies and closures of smaller, less-efficient ones. Many of those are state-owned enterprises, giving Beijing and local governments more leverage to drive such consolidation.

In the past, many local governments had built up such capacity to feed their local economies, resulting in overbuilding that forced many firms into the red.

Last year alone, China easily beat its target for reducing the nation’s coal capacity by more than 150 million tons per year, according to the report, adding that the industry has eliminated more than 500 million tons of capacity since 2016. That helped to lift the capacity utilization rate to 68.2% by the end of last year, up 8.7 percentage points over a year earlier, the report said.

Much of the reductions came by closing smaller mines. At the end of the year, China had reduced its total number of coal mines to fewer than 7,000, with the smallest mines, those with an annual capacity of 300,000 tons or less, reduced to 3,200. At the other end of the spectrum, the largest 1,200 mines with annual capacity of 1.2 million tons or more accounted for three-quarters of the industry’s capacity by the end of the year. The top four producers now account for more than a quarter of the industry’s output.

The campaign to shut excess capacity has helped to reverse more than four years of deflation in industrial prices. China’s producer price index, a measure of industrial inflation, turned positive in September 2016 and surged 7.8% year-on-year in February 2017, the highest gain in more than nine years. The index has since moderated, but still rose 4.3% in January 2018.

But the coal consolidation hasn’t been without controversy, with the rapid shutdown of capacity leading to shortages and price spikes in the last two years during the important winter heating months. But the industry association said supply and demand has become balanced since then.