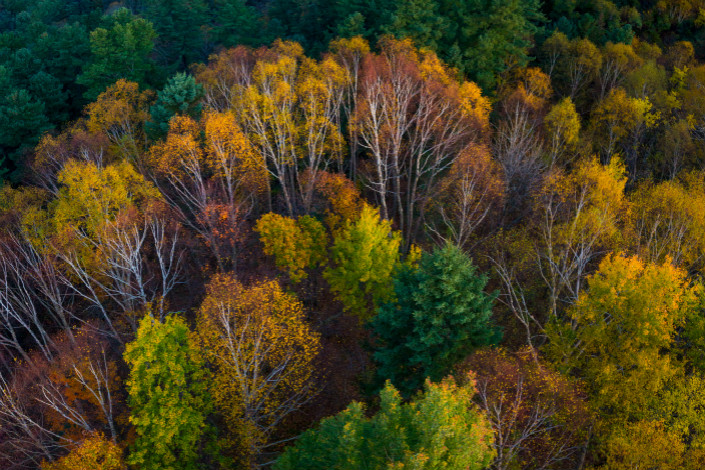 China had more than 2,700 natural reserves as of the end of 2015, according to the Ministry of Ecological Environment. Photo: VCG

China is expanding oversight of businesses that may be violating rules meant to protect natural reserves, the Ministry of Ecological Environment said Thursday.

The ministry and six other agencies will inspect some 1,300 reserves both at the national and regional levels for illegal operations that may threaten such sites, according to ministry head Li Ganjie.

News of the inspections comes after the launch of a similar initiative last year, the first of its kind in China, which uncovered mining operations and hydropower projects that were violating national and regional rules that protect reserves.

A number of senior officials were removed from their posts or demoted last year in connection with illegal business operations inside the Qilian Mountain National Reserve, in the northwestern province of Gansu. The head of Gansu’s forestry department at the time, Shi Weidong, was among those removed.

Some 1,100 government officials were punished last year with disciplinary measures, including being given demerits for failing to prevent violations in reserves, the ministry said. Such demerits are added to officials’ employment files, and can affect future promotions or demotions. Sixty of those 1,100 were at or above the rank of deputy department head.

China had more than 2,700 natural reserves as of the end of 2015, including 382 at the national level and 825 at the provincial level, according to the ministry.

The extent of illegal activity in these areas was underscored by a recent Caixin investigation, which found that a developer had used a flawed environmental impact study to develop a hydropower project on a river flowing through a reserve and a fish conservation zone. So far no one has been held responsible for the illegal activity at the dam, which is under construction in a tropical rainforest in the southwestern province of Yunnan.