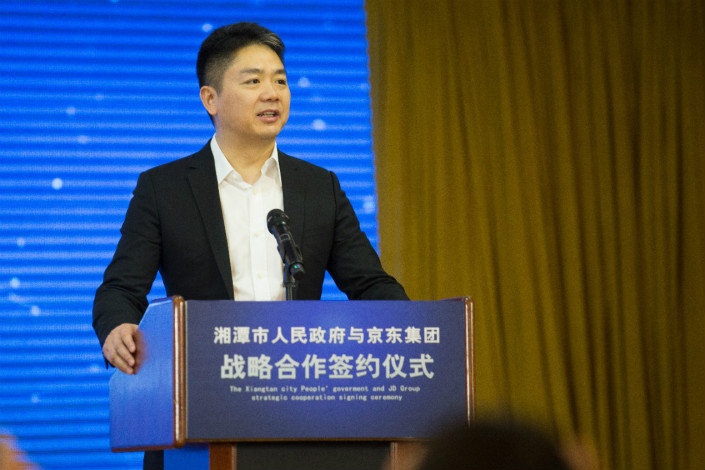 JD.com will invest 10 billion yuan ($1.6 billion) on a new smart logistics initiative in the hometown of former Chinese leader Mao Zedong, in the e-commerce giant’s latest push to improve efficiency of its national fulfillment networks.

JD.com Inc. has signed a deal with the city of Xiangtan, which will see the pair “cooperate to build up a smart logistics system in the city, including investment for the purchase of electric scooters and drones, among other projects,” the company said in statement on Sunday.

The agreement was announced one day after JD.com Chairman Richard Liu met with Du Jiahao, party chief of Central China’s Hunan province, where Xiangtan is located.

Hunan, which mainly relies on traditional industries such as steel and construction equipment manufacturing, is hoping that JD.com can help it to develop more high-tech industries.

The move comes as JD.com has recently ramped up efforts to expand its logistics footprint from major cities into less-developed areas, as the company competes fiercely with Alibaba Group Holding Ltd. in the e-commerce sector.

In February, JD.com said that it had raised $2.5 billion to finance the expansion of its logistics unit, which it is developing as one of its main divisions.

JD.com spun off its logistics unit in April last year as a stand-alone subsidiary. Its logistics unit is known for its efficiency and speed of delivery, and competes with archrival Alibaba’s Cainiao, which mainly relies on third-party delivery services.