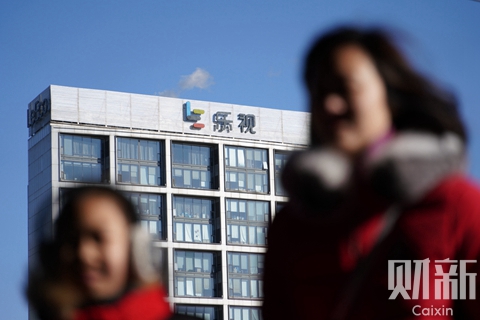 A subsidiary of debt-ridden conglomerate LeEco will soon obtain investments totaling about 2.74 billion yuan ($437 million) from a group of Chinese property and tech giants led by Tencent Holdings and JD.com Inc.

The rescue bid comes after property tycoon Sun Hongbin acknowledged that his attempts to turn around LeEco failed, losing nearly all of his 16.8 billion yuan of LeEco investments.

Five other investors, including a Hangzhou investment firm, an equity fund backed by personal computer giant Lenovo Group and several of LeEco’s current shareholders and creditors, will invest a combined 940 million yuan. New Leshi Zhijia’s parent company Leshi Internet will also invest 300 million yuan in a debt-for-equity swap as part of the capital injection, according to the statement.

Sun, chairman of Sunac China Holdings Ltd., in March acknowledged that his $16.8 billion investment last year to rescue LeEco was a “failure.” But Sun said he remains optimistic about the LeEco TV and film units in which he invested and said he might invest more either through Sunac or other investors. Sunac now owns a 33.5% stake in New Leshi Zhijia.

A source close to Sun told Caixin that Sun recently contacted TCL Chairman Li Dongsheng, discussing a potential merger with TCL’s smart TV business. But such a deal would be complicated as it would involve companies listed in the mainland and in Hong Kong, the source said.

LeEco’s movie subsidiary Le Chuang Entertainment may also start a new funding round in the middle of the year, and the chairman of Dalian Wanda Group, Wang Jianlin, is interested, Caixin has learned. Sun has also said he will try to raise capital for Le Chuang.

The TV and movie units have been fighting with damage to their reputations caused by the parent company’s debt scandal, but industry watchers said they expect the new investments and Sun’s connections should help the two companies to recover.