By Fran Wang and Cheng Siwei 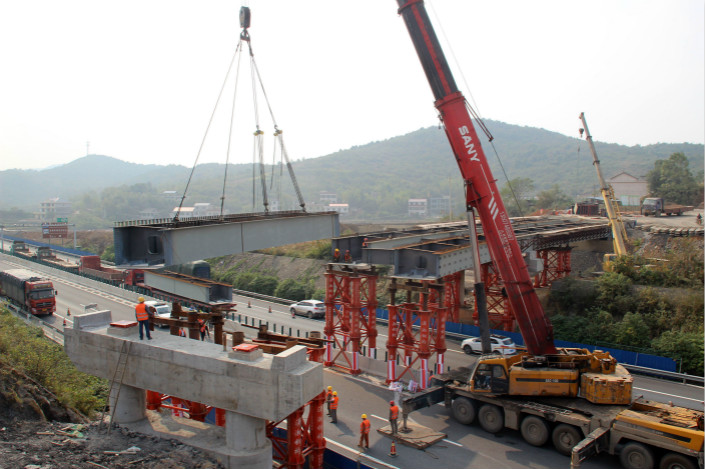 Six local governments were found to have taken on a combined 15.4 billion yuan ($2.45 billion) of debt in violation of various regulations that control local-authority borrowing, according to the latest quarterly report (link in Chinese) from the National Audit Office, which tracks the implementation and enforcement of major government policies. The report, which covers investigations conducted in the last three months of 2017, was released on Wednesday.

One local government financing vehicle (LGFV) in Shaoyang in the central province of Hunan used public welfare assets, such as roads and drainage systems, as collateral to borrow more than 7.3 billion yuan from banks and other financial institutions in the three months to November. The company did so even though using state assets as collateral is not allowed under Ministry of Finance regulations. The LGFV planned to use the money to repay its debts and fund the cost of building other municipal infrastructure, according to the report. LGFVs are companies set up specifically to fund government spending outside of the official budget.

The government of Baotou city, in the Inner Mongolia autonomous region, was found to have violated regulations by guaranteeing that it would use fiscal revenues to repay 8.1 billion yuan in liabilities taken on by four LGFVs should the companies be unable to do so. The money was used to fund the building of roads and the renovation of shantytowns. By the end of last year, over 5.2 billion yuan had yet to be repaid, the NAO said.

The watchdog’s report underscores the continued challenges of curbing local governments’ appetite for debt and stopping officials defying rules aimed at making liabilities more transparent so that the central government can assess the true nature of their borrowings and the risks involved.

President Xi Jinping has said that local government debt, especially hidden debt, is one of the main financial risks that needs to be addressed. In July, at the National Financial Work Conference, a key meeting convened every five years, Xi ordered that new local government debt be “strictly controlled,” and vowed that officials who defied the rules should be held accountable “for their lifetime.”

Earlier this month, local governments and the corporate sector, particularly state-owned enterprises, were told to “lower their leverage ratio as soon as possible.” The decision was made at the first meeting of the Central Financial and Economic Affairs Commission, China’s top economic and financial policymaking body, since the National People’s Congress elected central government officials in mid-March.

By the end of 2017, China’s total outstanding government debt was 29.95 trillion yuan, or 36.2% of the country’s gross domestic product, with local government debt accounting for 16.5 trillion yuan of the total, according to figures from the Ministry of Finance. But the numbers don’t include trillions of yuan of debt hidden off the books of local governments. Some researchers close to the policymaking process say the off-balance sheet liabilities of some regions are as much as five times their on-balance sheet debt.

The audit office also revealed more examples of local authorities inflating their fiscal data. A district in Changsha, Hunan, and the city of Yinchuan in the northwestern autonomous region of Ningxia added a total of 550 million yuan to their fiscal revenues last year.