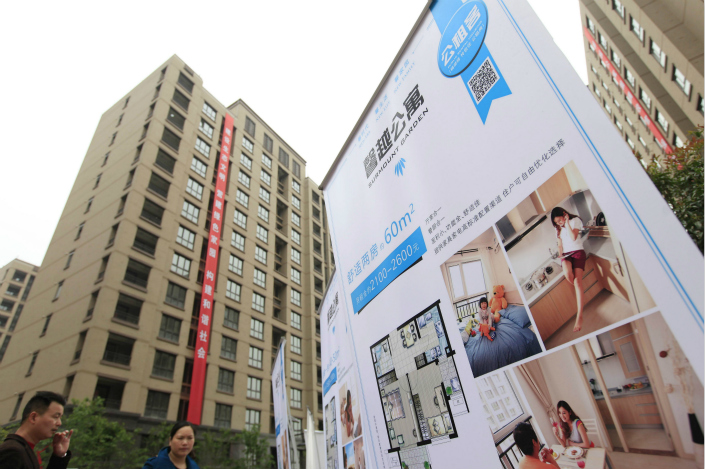 Chinese regulators pledged new measures to help home rental companies raise capital in a bid to encourage the expansion of the rental housing market and rein in skyrocketing home prices.

The moves reflect the government’s efforts to encourage expansion of the rental housing market and curb the country’s fast-climbing property prices spurred by speculative investment and growing demand. Authorities expect that the policies will enable rental housing operators to plow more capital into new properties.

“Houses are for living rather than speculation,” President Xi Jinping has said. The leader has called for expansion of the rental market to diversify the supply of housing.

Low yields and lax supervision have long hindered the growth of China’s rental housing market. Caixin learned that the average rental yield in China is less than 2%, hardly covering the costs of the long-term rental business or encouraging increased investment.

“Promoting the securitization of rental housing assets will help revitalize the rental market, improve the efficiency of capital and boost business growth,” the regulators said in the Wednesday statement.

Regulators said they will set up an expedited “green channel” to process the issuance of rental-related financial products and will set favorable policies to encourage the sale of asset-backed securities by home rental companies.

Priority will be granted to companies in large and medium cities, as well as the Xiongan New Area, a special economic zone south of Beijing, according to the statement.

Assets used for securitization must have clearly defined ownership and the ability to generate stable income, the regulators said. The agencies said they will enhance supervision to improve the transparency of companies’ funding.

The new document builds on several policy statements issued since 2016 pledging support for rental housing businesses through more financing tools. Developers and rental companies have been rushing into fundraising to meet the demand for capital.

The Wednesday statement also pledged a pilot program for REITs, popular fundraising vehicles for developers in markets like the U.S. but rarely seen in China. Like mutual funds, REITs are a collective investment program selling shares in a company that owns, operates or finances income-producing properties.

Some Chinese companies have tested the waters for REITs. But because most of their issuances have been open only to qualified institutional investors, the resulting products have tended to be more similar to asset-backed securities than to REITs. In 2015, China Vanke Co., one of the country's biggest property developers, teamed up with Penghua Fund Management to launch the country’s most REIT-like financial product for public investors.

But three years later, Vanke’s REIT is still the only one publicly listed in China. That reflects legal, regulatory and tax barriers to REITs, experts said.