China Vows to Make Its Own Optoelectronic Microchips 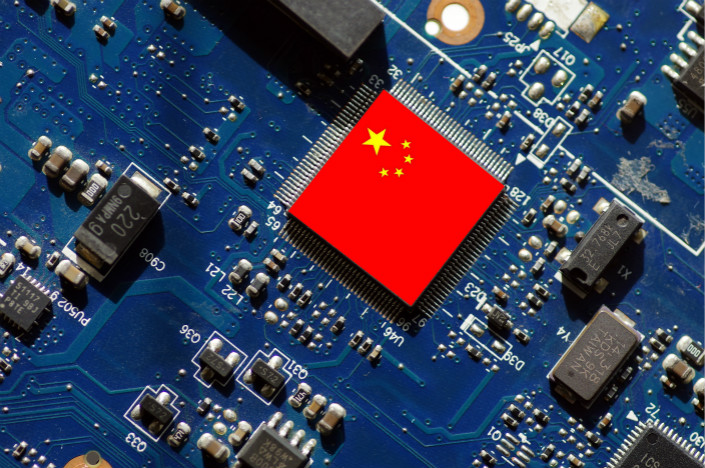 A new optoelectronic innovation center in Wuhan is expected to boost China’s capability to produce 30% of the core optoelectronic chips and components for the industry. Photo: VCG

China will produce its own optoelectronic communication chips for commercial use by 2025, officials said at the opening of a national information and optoelectronic research center in Wuhan.

Thursday’s opening of the center, in Central China’s Hubei province, coincided with President Xi Jinping’s visit to Wuhan to inspect technology industries and call for researchers and engineers to develop China’s own “core technology.” That call came after the U.S. banned Chinese telecom giant ZTE Corp. from buying U.S. components.

Optoelectronic chips use light to transmit data and compute it electronically to achieve better efficiency and generate lower power consumption than traditional silicon chips. Researchers at U.S. universities, including the Massachusetts Institute of Technology, are developing such technology.

The newly established optoelectronic innovation center in Wuhan is expected to boost the country’s capability to produce 30% of the core optoelectronic chips and components for the industry, the official Xinhua News Agency reported.

By 2025, the center will try to realize large-scale production of such chips for commercial use, and ensure the design and production of these chips and components stays “under China’s own control,” the report said.

Miao Wei, head of the Ministry of Industry and Information Technology, participated in the opening ceremony of the center, which was established in FiberHome Technologies Group, a state-owned company in Wuhan. Miao urged the technology companies to continue to innovate and help China become a high-tech manufacturing power.

During the visit, Xi emphasized that China must rely on itself for core technologies and the country’s major products. As examples, he cited China’s development of the atomic bomb, the hydrogen bomb and satellite technology in the first two decades after the founding of the People’s Republic of China in 1949 despite an embargo by Western countries.

“In the past, despite the embargo from outside, we relied on ourselves, with our waist belts fastened and teeth clinched, and eventually created the ‘two bombs and one star’ because we gathered our forces to do big things,” Xinhua quoted Xi as saying.

“Next, our technological development should also follow that route, so we should discard our disillusions and rely on ourselves,” he said.

The Trump administration recently decided to ban ZTE from importing U.S.-made chips and other components as punishment for violating sanctions on Iran. The seven-year ban could kill the company, which ranks fourth among the world’s telecom equipment-makers. China’s Huawei Technologies Co. Ltd., the world’s largest telecom-maker, is also under investigation.