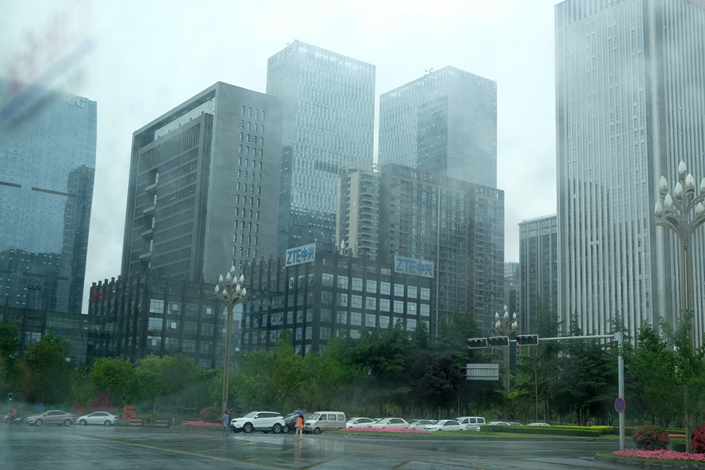 ZTE said in a filing to the Hong Kong Stock Exchange that its first-quarter revenue rose 12.2% to 28.9 billion yuan. Total assets of the company reached 139 billion yuan by the end of March, a 3.4% increase from December.

But the company said the latest quarterly report didn’t take fully into account the impact of the U.S. sanctions imposed on the company earlier this month, banning ZTE from doing business with American firms for seven years.

The U.S. Department of Commerce reactivated the export ban on ZTE, which had been suspended last year after the two sides reached a settlement — including a fine of nearly $1 billion — over the company’s violations of U.S. sanctions in place against Iran at the time. The U.S. regulator determined that ZTE had violated some terms of the settlement by not punishing employees involved in the illegal sales.

The order “has material adverse effects on the normal production and operation of the company. As of the date of this report, the company is still unable to complete a comprehensive and accurate assessment or forecast,” ZTE said.

ZTE will prepare and disclose an updated first-quarterly report once the company has fully and accurately estimated the impact of the denial order on the company, it said.

ZTE said earlier that it is currently in talks with officials in Washington in a bid to avoid the ban, and it might “take judicial measures to protect the legal rights and interests” of the company, without elaborating.