By Wu Yujian and Ke Baili 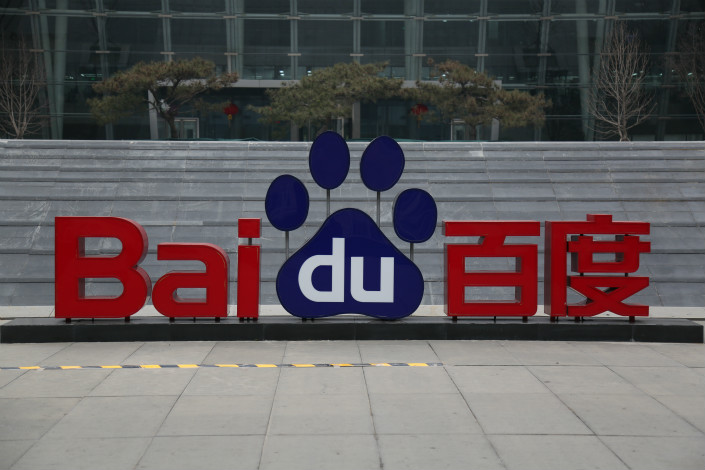 Du Xiaoman, the financial-services arm of Baidu Inc., will operate independently once its spinoff is complete, which is expected to be in two to three months. Photo: VCG

*Du Xiaoman to operate independently after deal closes, but Baidu to retain 42% stake

(Beijing) — Shedding another nonsearch asset, internet giant Baidu Inc. said it will spin off its financial-services subsidiary with the help of $1.9 billion in financing provided by a group of investors led by U.S. private equity firm TPG Capital LP.

Baidu’s Du Xiaoman, formerly Financial Services Group (FSG), will operate independently after the deal has closed, likely in two to three months. Baidu will keep a stake of about 42% in Du Xiaoman after the split, according to a news release.

TPG will contribute about $1 billion to the deal. The Carlyle Group, Taikang Group, ABC International Holdings and others will also participate.

Chang Sun, TPG managing partner for China, said, “TPG appreciates Baidu Financial’s AI (artificial intelligence) superiority and technological strength, and has full confidence in its business model. Its personalized, quickly reproducible solutions not only satisfy the demands of traditional financing clients, but also can reach those outside the banking system, helping achieve universal access to financing.”

Baidu Chairman and CEO Robin Li said in the release: “I’m pleased to see the rapid growth Du Xiaoman has experienced since its inception in December 2015, to become a leading player in the FinTech space through innovation powered by AI. This transaction marks another milestone for Baidu to incubate new businesses with large opportunities and strong synergies with Baidu’s core business, on the heels of iQiyi’s public listing.”

Baidu has shifted its focus since last year, shedding some of its business lines to focus more on its core search business and on the developing field of AI.

Baidu’s video-streaming service, iQiyi, listed in New York in March, and the web search giant spun off its mobile gaming and its food delivery units in 2017. The company first raised the idea of selling the then-Baidu FSG in July.

“In the coming age of FinTech, Du Xiaoman will leverage the technological capabilities of Baidu AI to partner with financial institutions and provide technology-driven, trustworthy financial services to consumers in China,” Du Xiaoman CEO Zhu Guang said in the news release.

Baidu and other internet companies like Tencent Holdings Ltd. and Alibaba Group Holding Ltd. have swiftly moved into financial services, both through their own respective platforms and via cooperation with traditional institutions, amid a government-backed push to get more private money into a sector dominated by large state-owned banks.

Baidu signed a strategic cooperation agreement in June with Agricultural Bank of China; a joint venture with China Citic Bank, aiBank, began operations in November. This followed the Tencent-backed WeBank and the Alibaba-backed MyBank, with both finding a lucrative niche by making microloans to small businesses and entrepreneurs. All these banks are limited to providing services over the internet, and most have developed algorithms that rely on big data to quickly and automatically determine each user’s creditworthiness.