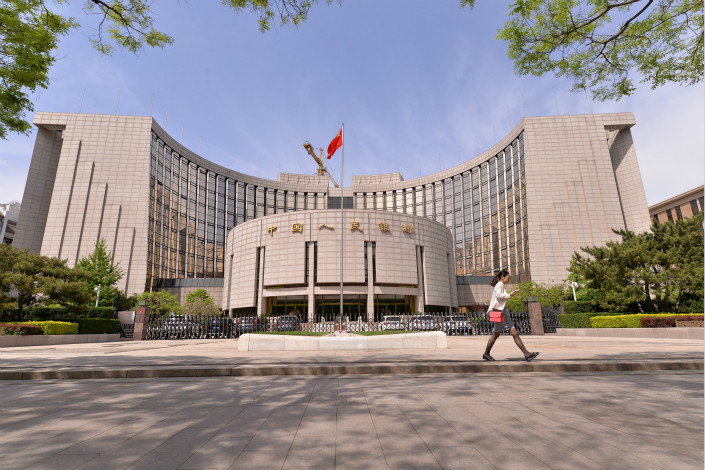 The headquarters of the People’s Bank of China is seen in Beijing. Photo: VCG

Participants in the Renminbi Qualified Domestic Institutional Investors (RQDII) program were also told to report their investment plans and overseas holdings to the central bank’s Shanghai head office, according to an announcement published on Thursday.

The RQDII program, introduced in November 2014, was suspended in late 2015 after the stock market rout and currency volatility earlier that year drove large sums of money out of the country. What appears to be the resumption of the RDQII program along with several other outbound investment programs suggest Chinese regulators are moving to relax capital controls after a period of tightening.

During the Boao Forum for Asia Annual Conference in April, China’s central bank governor, Yi Gang, indicated that the currently “stable” cross-border capital flows provided a window of opportunity for the government to push forward reforms.

“Chinese investors’ global asset allocations have been relatively low. With China further opening up to the outside world, Chinese individuals and institutions will be able to invest more in global assets,” he said.

The recently released regulatory document said the activities of the RQDII program will be subject to the central bank’s macroprudential assessment, which will take into consideration cross-border capital flows, liquidity in the offshore yuan market and the development of yuan-denominated products overseas.

Just last week, China issued new quotas for the Qualified Domestic Institutional Investor (QDII) program — which allows Chinese firms to invest in offshore securities — for the first time in three years. The State Administration of Foreign Exchange (SAFE) raised the quota for the QDII program by $8.3 billion to $98.3 billion.

Earlier in April, Caixin learned from a SAFE official that the regulator was considering raising investment quotas for the Qualified Domestic Limited Partnership Program (QDLP), which allows Chinese individuals and institutions to invest in overseas assets through foreign fund managers.

SAFE resumed QDLP quota issuance in late 2017 and had given out the entire $2 billion allowance by the end of February.

SAFE launched QDLP in 2013 and QDIE in 2014 as trial programs to give Chinese investors more options to tap overseas markets beyond outbound direct investment. The larger, more-established QDII program was launched in 2006.