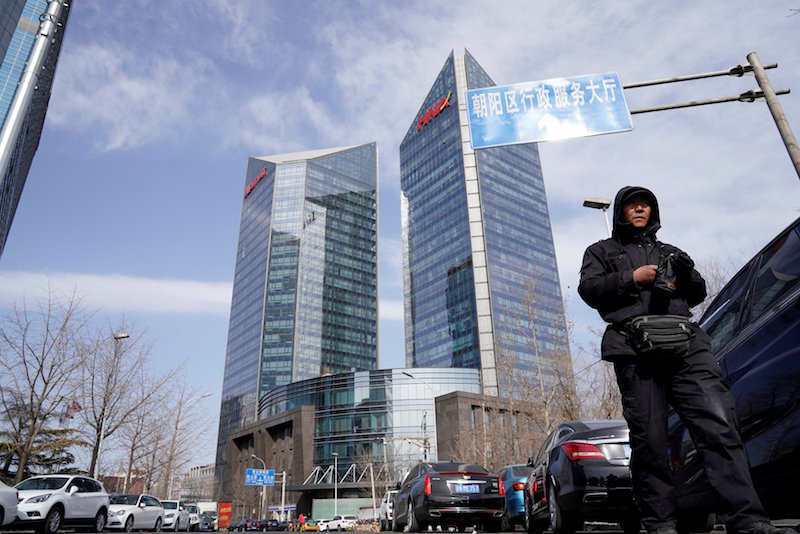 (Beijing) — China’s HNA Group has divested more than 90 billion yuan ($14 billion) of assets over the past few months, offloading stakes representing some of its highest-profile deals, as the company steps up efforts to reduce debt after years of sprawling expansion.

Less than a week ago, Hainan Airlines Co., HNA’s flagship carrier, announced the sale of part of its stake in Brazilian airline Azul S.A. to a subsidiary of United Continental Holdings for $138 million.

The deals are the latest in an abrupt turnaround for HNA, which had been among a group of aggressive Chinese buyers of global assets. HNA fell under closer scrutiny last year as regulators clamped down on Chinese companies’ debt-driven investments. Since then, Beijing has tightened supervision of overseas acquisitions by Chinese firms in areas including real estate, entertainment and travel, which the central government found unnecessary and frivolous.

Regulators have tightened their controls over Chinese buyers moving money out of the country to pay for such deals and their access to bank loans, adding liquidity pressures on the dealmakers.

Sources close to HNA told Caixin that the company is considering more asset disposals this year.

Asset sales announced by HNA since December have reached 94 billion yuan, Caixin calculated based on public records. The divestitures include investments in domestic property projects, land plots in Hong Kong and stakes in aviation, hotel and financial assets. A source close to the company said the sales would generate about 80 billion yuan of cash inflow to HNA.

The biggest deals include the sale of stakes in U.S. hotel giant Hilton Worldwide Holdings Inc., one of its highest-profile acquisitions costing $6.5 billion in 2016. Between March and late April, HNA sold all its holdings in three Hilton units for $8.34 billion.

Regulatory filings also showed that as of April 23, HNA reduced its stake in Deutsche Bank to 7.9% from 9.9%. The sales totaled more than 400 million euros ($489 million) based on the bank’s share prices. HNA had acquired its holding in Deutsche Bank on the secondary market between February 2017 and May 2017 to become one of the bank’s largest shareholders.

HNA revamped its business structure following the asset sales. According to the company’s website, the company reduced the number of main business divisions to four from five. HNA eliminated the industrial division, which mostly included real estate development-related activities.

The four remaining principal divisions are technology, aviation and tourism, financial services and logistics. In 2017, the company posted revenue of 700 billion yuan, according to the website.

Last week, HNA disclosed in a stock exchange filing that at the end of 2017 it had total assets of 1.23 trillion yuan, up 21.3% from the previous year. But debt grew even faster, by 22% to 737 billion yuan at the end of last year, the financial report showed. The debt-to-assets ratio climbed to almost 60% at year-end.