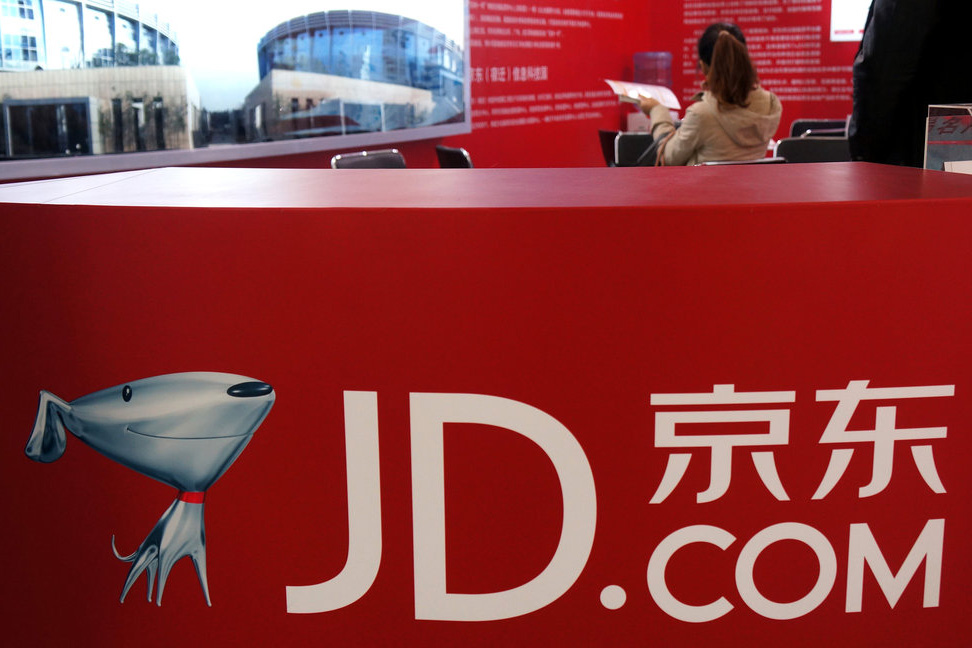 JD.com said in April that it plans to open more than 1 million brick-and-mortar convenience stores within five years across China. Photo: VCG

Adjusted earnings per share were 0.71 yuan in the first three months ended March 31, below the average analyst estimate of 0.81 yuan. The company’s American depositary receipts closed down 4.6% on the Nasdaq Stock Market on Tuesday.

JD.com has accelerated construction of physical stores and invested heavily in logistics services and financial markets in competition with rivals such as Alibaba Group Holdings Ltd., squeezing margins. The e-commerce company announced an ambitious plan in April to open more than 1 million brick-and-mortar convenience stores across China within five years, half of them to be in remote and rural areas.

The company operated 515 warehouses as of the end of March, rising from 486 at the end of last year.

Net income increased to 1.52 billion yuan in the quarter reflecting gains from “fair value change of long-term investments, impairment of good will, intangible assets and investments,” according to the company.